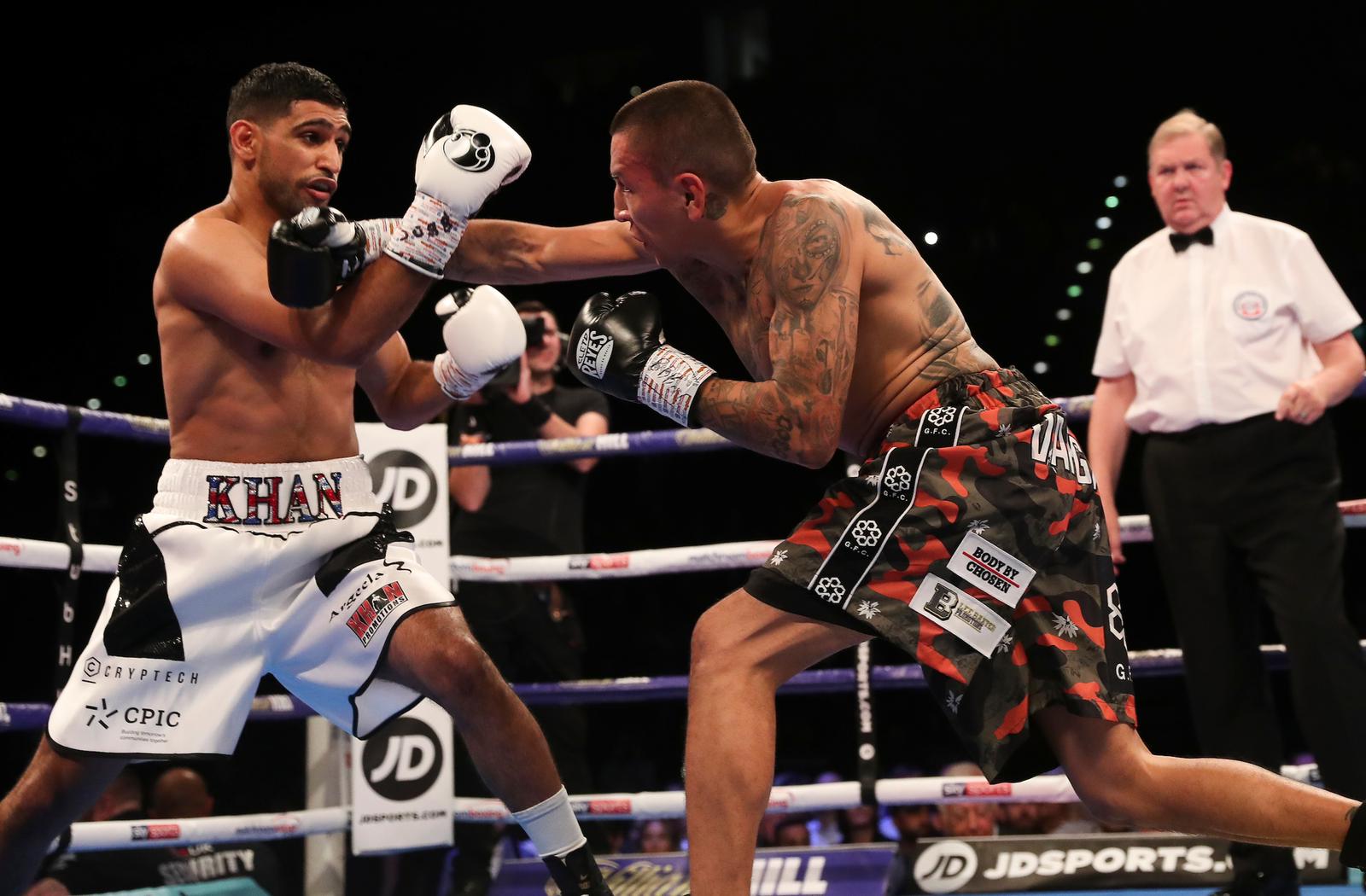 Amir Khan has warned Conor Benn about the “dangerous” power of Samuel Vargas “which can cause any fighter problems” and says the 24-year-old is taking a “massive step-up” when he risks his unbeaten record and WBA Continental Title against the Canadian-Colombian warrior this Saturday, live on Sky Sports in the UK and on DAZN in the U.S. and more than 200 countries and territories.

Khan knows all about the threat posed by Vargas, having been floored when they shared the ring on a Matchroom bill in Birmingham back in September 2018. The Bolton fighter sent Vargas to the canvas in the second round, only to be dropped himself, and had to respond with another knockdown during a hard-fought points victory.

Vargas is no stranger to elite level competition after sharing the ring with numerous quality operators such as Errol Spence and Danny Garcia, and former World Champion Khan says ‘The Destroyer’ will have to be at his very best this weekend if he is to maintain his unblemished record.

“He can get in there and have a little tear up,” said Khan when speaking to Sky Sports. “He can throw a good shot as well. He’s got decent power. I think it’s a massive step-up for Conor Benn. I think Conor will have his hands full in that fight.

“Since obviously after he fought me, he has been in one or two difficult fights, Samuel Vargas, and he’s been beat after I beat him. But I still think he’s a dangerous operator.

“You have to stay focused throughout the whole fight, because this is boxing, one punch can change a fight. Samuel has that power, has decent skills, which can cause any fighter problems.”

Benn has spoken of his desire for a huge domestic clash should he get past Vargas on Saturday, and the son of British fight legend Nigel has picked out Khan and Kell Brook as potential opponents. Khan’s next move is still unknown, but the 34-year-old is backing Benn to enjoy further success at the highest level of the sport.

“He’s a great fighter,” stated Khan. “I’ve seen him fight a few times. If he sticks to his game, he can be a World Champion just like his father. His father was a great champion, and to have him as a mentor is a big thing as well. I think he will go far.

“As long as you believe in yourself, you work hard, you train hard. You always wake up every morning, knowing that one day, where your end goal is. Chase your dreams, chase your goals.”