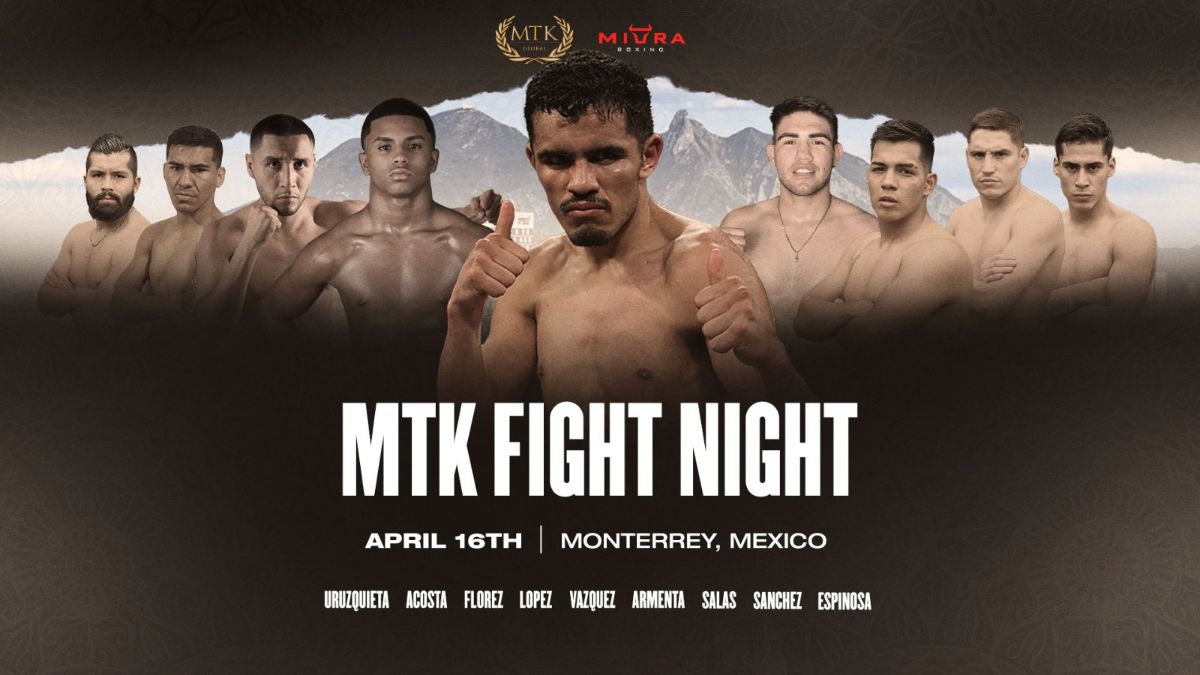 (April 14, 2021) —From two continents, #MTKFightNight returns this week with a pair of evenly matched main events.

The fights continue Saturday from University of Bolton Stadium in Bolton, England, as undefeated middleweight contender Danny Dignum will make the second defense of his WBO European middleweight belt in a 10-rounder against Russian veteran Andrey Sirotkin.

Vazquez-Hernandez will be an evening affair, streaming live on ESPN+ at 9 p.m. ET/6 p.m. PT.

The Dignum-Sirotkin card will stream live and exclusively on ESPN+ starting at 2 p.m. ET/11 a.m. PT.

Vazquez (42-10, 16 KOs) held the IBF lightweight world title for more than four years, from August 2010 to September 2014, and made six successful title defenses. He is 8-6 since losing the world title via split decision to Mickey Bey, but a few of those defeats have been controversial in nature, including last October’s split decision nod at the hands of Lewis Ritson. Hernandez (10-1-1, 7 KOs), from La Paz, Mexico, has won four consecutive fights since the lone defeat of his career.

In other streaming action from Mexico:

Dignum (13-0, 7 KOs), from Essex, England, won the WBO European middleweight belt in November 2019 with a fifth-round knockout over Conrad Cummings, then defended it less than four months later with a ninth-round stoppage over Alfredo Meli. He returns against Sirotkin (19-1, 7 KOs), a former WBO European super middleweight champion who has won four in a row since a TKO loss to John Ryder.

In other streaming action from England: