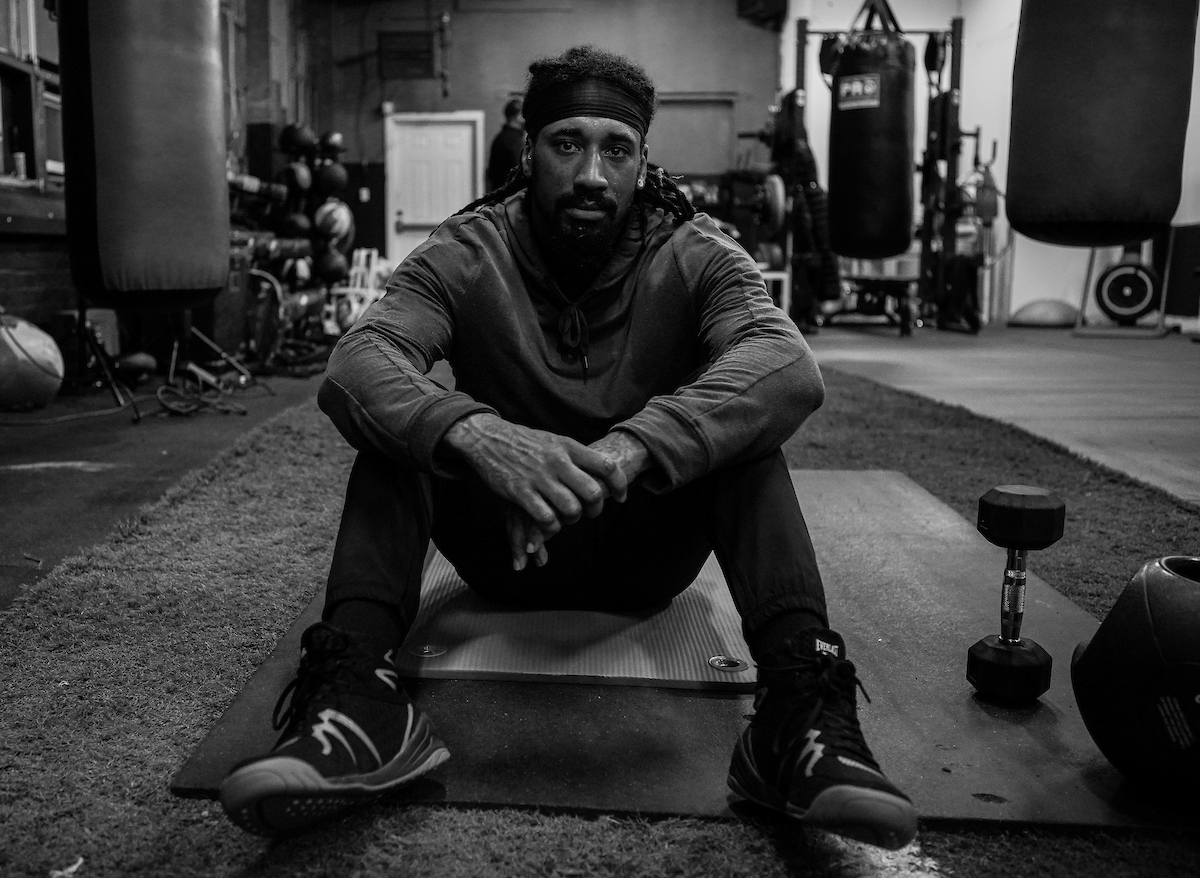 ANDRADE WARNS WILLIAMS: ‘BACK YOUR WORDS UP’

Andrade (29-0 18 KOs) puts his title on the line for the fourth time against his Welsh mandatory challenger, with the unbeaten Rhode Island ace back in action for the first time since stopping Luke Keeler in Florida in January 2020.

Williams (23-2-1 18 KOs) has been on fire since moving up to 160lbs with five KO wins from five fights, and the man known as ‘The Machine’ has been vocal in his belief that he’ll take the crown from the Olympian.

‘Boo Boo’ has bit back saying he’s heard it all before from his title challengers, but wants the visitor to back up his big talk and bring the heat in the Sunshine State.

“It’s one thing to be hyping yourself up and the fight,” said Andrade. “But you got to be concerned with what you are saying and back it up because at the end of the day, I don’t have two losses, I have never lost. They call him ‘The Machine’, but when I am done with him, he’ll be ‘The Rust Bucket.

“You’re going to see the same you always see from me – a solid game plan, dominance, landing big shots, an all-around great performance and giving people what they have been missing, the sweet science.

“I don’t think he’s going to just lay down with all the shit talking he’s been doing, but when you finally get here, it’s different. Now you have to fight, and Liam is not going to stop my train. I expect him to bring the fight because this is his opportunity, but at the end of the day he’ll be able to say, ‘I lost to Demetrius Andrade’.

“Everyone says that they are going to do this and that with me, but reality bites, and when I touch them, they fall all around the ring and go running. It’s hard to hit me, they always end the night losing and saying, ‘wow, you are better than we think’.”

Andrade’s clash with Williams is part of a stacked night of action in Florida as Carlos Gongora (19-0 14 KOs) defends his IBO World Super-Middleweight title against Christopher Pearson (17-2 12 KOs).