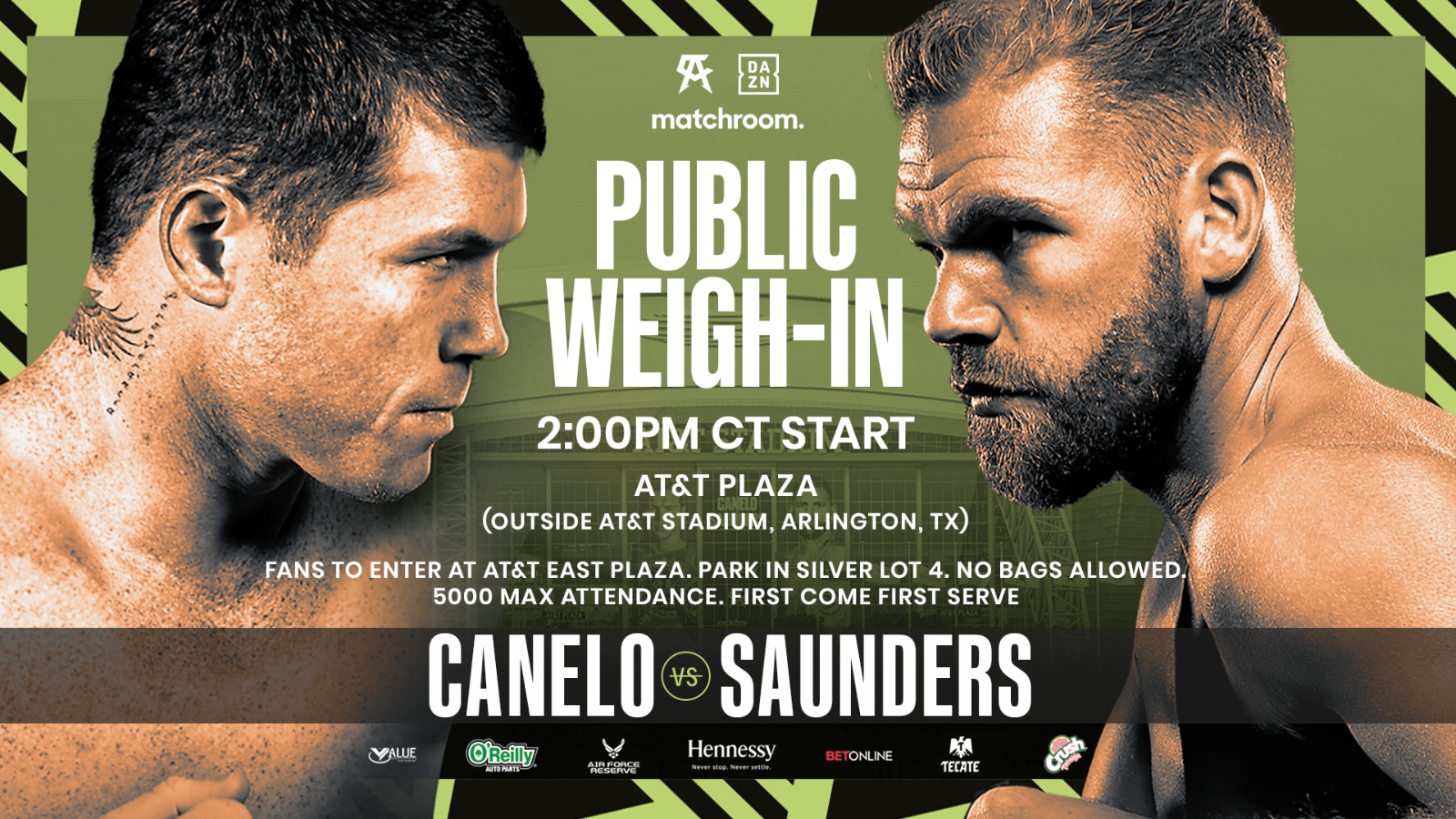 Canelo Alvarez and Billy Joe Saunders will face off in front of the fans on Friday, with the official weigh-in open to 5,000 fans at AT&T Plaza at AT&T Stadium in Arlington, TX, with the fighters hitting the scales from 2pm ahead of Saturday night’s action, live worldwide on DAZN and distributed by TV Azteca in Mexico and Latin America.
LIMITED TICKETS REMAIN ON SALE AT SEATGEEK.COM

Alvarez (55-1-2 37 KOs) and Saunders (33-0 14 KOs) clash in a blockbuster unification battle on Saturday night with a stacked undercard in support of that battle, and fight fans can cheer their favorites onto the scales in the Texas sunshine.

Alvarez and Saunders clash on a huge night of action in Texas with a stacked undercard in support of the mammoth main event, with Elwin Soto (18-1 12 KOs) defending his WBO World Light-Flyweight title against Katsunari Takayama (32-8 12 KOs).