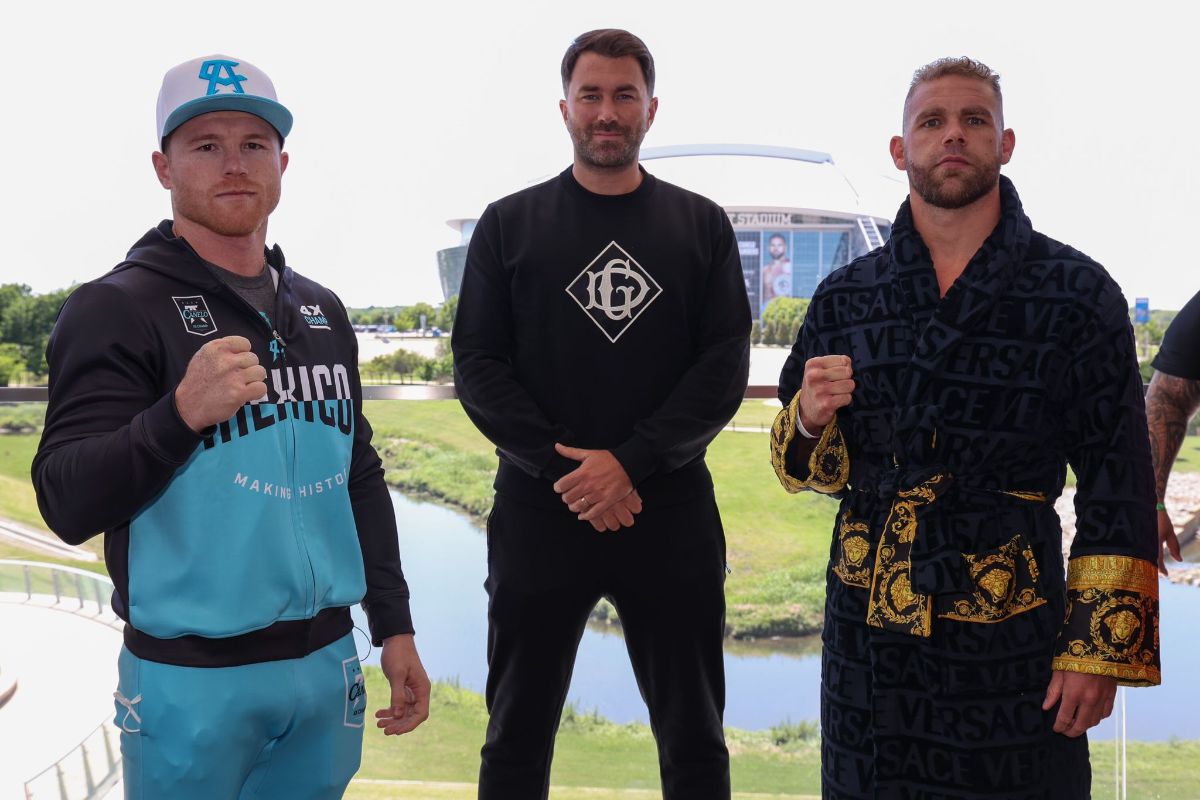 SAUNDERS: THIS FIGHT IS ALL ABOUT BOXING BRAINS
Unbeaten Brit has total faith in his skills against Canelo

Billy Joe Saunders says he has the boxing brain to dethrone pound-for-pound king Canelo Alvarez in their blockbuster Super-Middleweight unification battle on Saturday night (May 8), live worldwide on DAZN and distributed by TV Azteca in Mexico and Latin America.
LIMITED TICKETS REMAIN ON SALE AT SEATGEEK.COM

Unbeaten Briton Saunders (30-0 18 KOs) puts his WBO strap on the line for the third time against the Mexican star and is aiming to add the WBC and WBA Super belts held by the Mexican sensation.

Saunders has been widely regarded as having the ring smarts to be the man to hand Canelo a first defeat in eight years and be the man to take the next step to being undisputed at 168lbs – and the 31 year old says fighting Canelo on Cinco de Mayo weekend holds no fear.

“This fight is all about the brain,” said Saunders. “Not about power, muscle or skill, it’s the brain and the game plan, and being able to execute that game plan.

“I brush opinions off because I know what goes through my head and my mind, and what I have done in my career is through the will and want to win, and the day I lose that, I won’t put a pair of gloves on again.

“I can only control what I am in control of and that myself, not what is outside the ring. It’s going to be a great fight it’s one I’ve wanted for years and it’s finally landed. There’s a lot at stake for both of us. Would I like my fans there? Yes. Would I like UK media there? Yes. If the fight was moved to the Mexican border I wouldn’t care.

“I have my own way of approaching the fight and Canelo will have too, he’s done this nearly 60 times. I’ll get in there as the best that I can be and that’s all I can control.

“I’ve been the underdog before, I’ve been the away fighter before, it’s not a new position, but I’m just in with a better opponent this time.

“If I go in there and I win, I’m not going to run and say never again, I’ll fight him again, I’ll fight anyone, anywhere, it doesn’t bother me. It’s good for boxing sometimes when the underdogs come through, and I don’t just mean me here, because it puts the sport on a higher platform to be watched.

“I’m at the top of the tree where I’ve done it all as an amateur, I’ve had 30 fights, I’m unbeaten, won every title coming through, two-weight World champion – I can sit back at night and say I’m top of the pile fighting the pound-for-pound king.”

Alvarez and Saunders clash on a huge night of action in Texas with a stacked undercard in support of the mammoth main event, with Elwin Soto (18-1 12 KOs) defending his WBO World Light-Flyweight title against Katsunari Takayama (32-8 12 KOs).