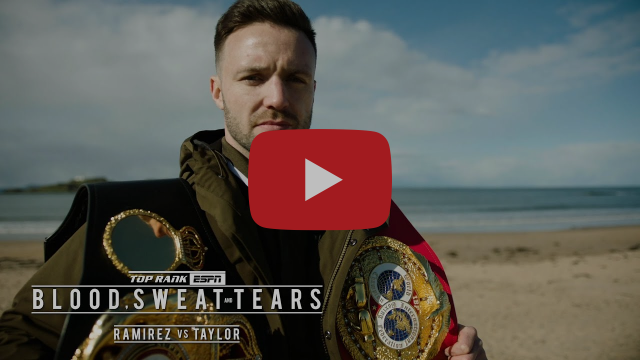 Immediately after the debut of each episode, they will be available for replay on-demand in the ESPN App and on ESPN.com.

Ramirez, the pride of California’s Central Valley, has been a world champion since March 2018. He unified world titles in July 2019 with a sensational knockout over Maurice Hooker and is coming off last August’s majority decision over former world champion Viktor Postol. The all-access cameras caught Ramirez at training camp in Riverside, California, and in the Central Valley as he led the charge with community leaders to make the COVID-19 vaccination readily available to the region’s agricultural workers.

Taylor, from Edinburgh, Scotland, hopes to become only the second undisputed champion in Scottish boxing history, following lightweight legend Ken Buchanan. “The Tartan Tornado” reached the division’s apex with title-winning efforts in 2019 over Ivan Baranchyk and Regis Prograis. The cameras followed Taylor from the start of training camp in London to the finishing touches in Las Vegas. Taylor’s head trainer, Ben Davison, helped guide heavyweight champion Tyson Fury’s return to the ring in 2018 after a prolonged absence.