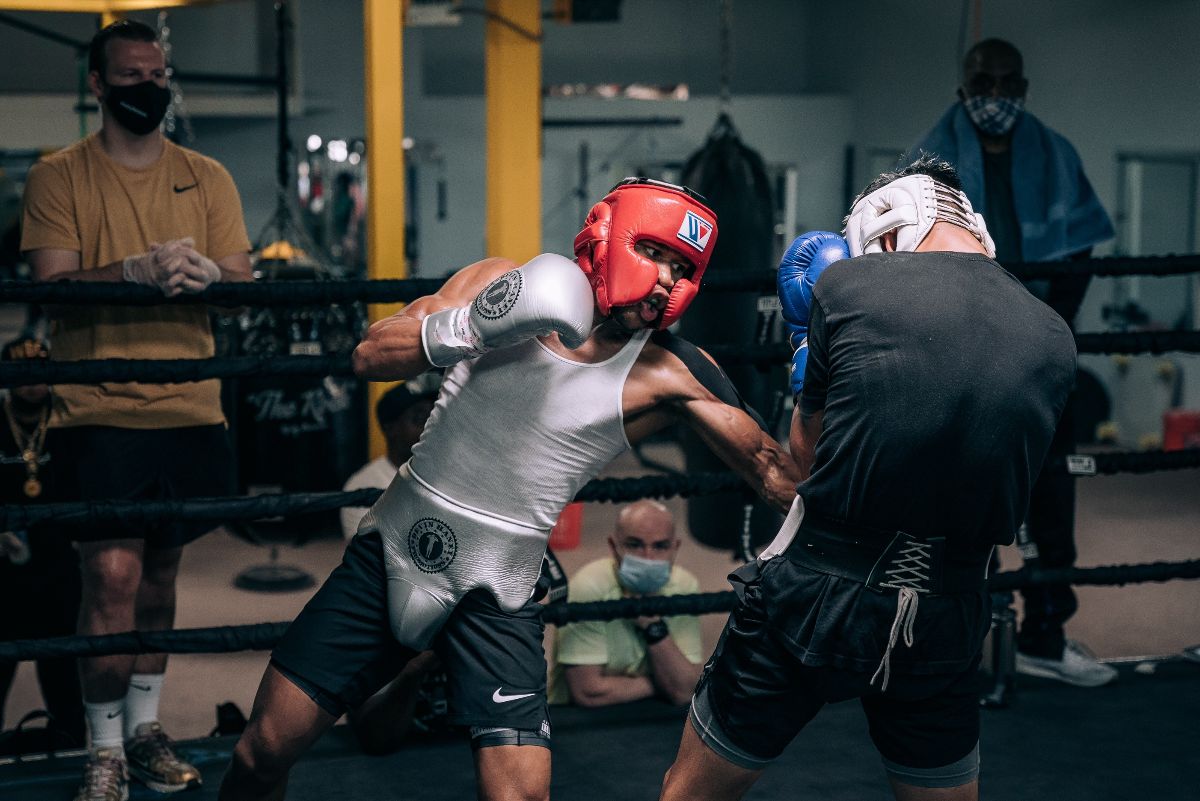 HANEY: THIS IS THE BIGGEST FIGHT OF MY CAREER
WBC king returns to Las Vegas for Linares title defense

Devin Haney says his fight against Jorge Linares is the biggest of his career to date as prepares to defend his WBC World Lightweight title at the Michelob ULTRA Arena at Mandalay Bay in Las Vegas, Nevada on Saturday May 29, live worldwide on DAZN.
TICKETS ARE ON SALE NOW AT AXS.COM

Haney (25-0, 18 KOs) puts his title on the line for the third time against the former multiple division world champion, Linares (47-5, 29 KOs), and ‘The Dream’, who is entering the last week of training camp, talks about his matchup with Linares, what a win will do for his career, fighting at home, and more.

“It’s been a great eight-week camp. I started in Las Vegas, got some light sparring, then traveled to the Bay Area. I spent three weeks training with Victor Conte and Remi Korchemny at SNAC. The remaining weeks, I’ve been in Las Vegas, getting great sparring work with local pros that have been pushing me hard. I’m ready! The world will see, I’m the best fighter on the planet.

“Linares is a great fighter that has a lot left in the tank. He has held multiple world championships in three weight classes and he’s by far the biggest step up in my career. I give my dad Bill Haney, who is my trainer, a lot of credit, we know exactly what it takes to get this done on May 29th. My skills are on another level and I will make the necessary adjustments, wear him down and completely dominate this fight.

“This is the biggest fight of my career. A victory against Linares should gain me a lot of respect. Everyone knows that Linares is a dangerous fighter and winning this fight gives more reasons to all of the writers, fans, and boxing insiders, to campaign the unification fight with Teófimo López, or at the very least, a world title defense against Ryan Garcia. I’m putting the pressure on them.

“Las Vegas is where I currently reside. I’m thrilled to have an opportunity to fight in front of my family and friends. I’ve only fought in Vegas a couple of times, way back in 2016, before I became a world champion. I’m 100% ready to show up and show out. Las Vegas is the mecca of boxing’s biggest shows and for me this is just the beginning. Now that COVID restrictions are loosening, I’m encouraging all the fans from around the world to come out and enjoy a great night of boxing. It’s going to be fireworks.”

At the other end of the spectrum, there’s a professional debut on the card for Eddie Hearn’s latest American signing, Khalil Coe, Reshat Mati (9-0 7 KOs) enters double figures in the pro game on the card, Ramla Ali (2-0) has been impressive in her two fights since turning pro in October and the first pro female fighter from Somalia gets an introduction to American fight fans on the bill, a card that is rounded off by Devin Haney Promotions’ Darren Cunningham (13-0 7 KOs) continuing his pro rise.