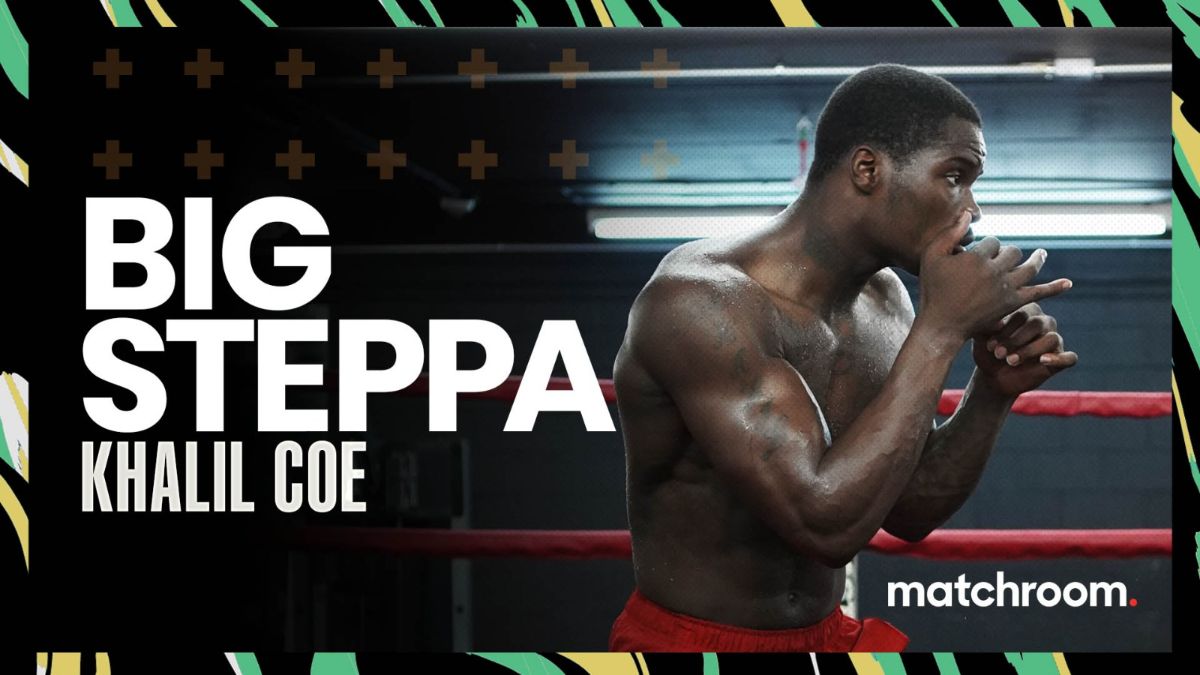 Khalil Coe wants to be the latest star to come out of New Jersey as he begins his pro journey on Saturday night (May 29) at the Michelob ULTRA Arena at Mandalay Bay in Las Vegas, NV, live worldwide on DAZN.
TICKETS ARE ON SALE NOW FROM AXS.COM
Coe enters the paid ranks on the back of a promising time with Team USA and hit the headlines when he knocked out Cuba’s 2016 Olympic gold medal man Julio Cesar La Cruz in June 2018 on his first international assignment.

The Jersey City talent will debut at Light-Heavyweight in Sin City on Saturday night with a view to moving down to 168lbs, and the rising star wants to become a new fight figure for his city and show that there is a lot more to him than just his win over La Cruz.

“Where I am from, Jersey City, you couldn’t go outside unless you could fight,” said Coe. “People would take stuff from you, so you have to be able to hold your own.

“I love my city, it is crazy but I wouldn’t want to be from anywhere else. It made me who I am, it’s made me strong, that’s how I am able to get in the ring and do what I do, it’s the struggle that drove me and I don’t want to go back to where I started. They are trying to get me to where I am going – I love my people for that and I want to make them proud.

“My Mom put me in boxing. I was fighting on the streets and in school, I was getting in trouble so my Mom did it to humble me really. I got into the gym, and I smelt the leather, the bags, everything, and I haven’t looked back since.

“I’ve been waiting on this day for. A long time, I just can’t wait to get out there are showcase my skills. We set up a meeting in New York with Eddie Hearn and I told him, I will put on a show for him.

“The Olympic committee is a hard process, I had to keep qualifying and solidify my spot, so personally I thought that they probably had someone already lined up that they wanted to go instead of me. I just felt that I was ready for the change, and it was my time.

“People started to take an interest in me after I knocked the Cuban out. Every time he posts something, someone tags me! We are connected for life now. But I am not just the Cuban killer, I want to show I don’t just have KO power – I will show that I can box, have good footwork, I’m slick; we’re at a different level now and we’re taking it up.”

Reshat Mati (9-0 7 KOs) enters double figures in the pro game on the night, Ramla Ali (2-0) has been impressive in her two fights since turning pro in October and the first pro female fighter from Somalia gets an introduction to American fight fans on the bill, a card that is rounded off by Devin Haney Promotions’ Darren Cunningham (13-0 7 KOs) continuing his pro rise.
Advertisement