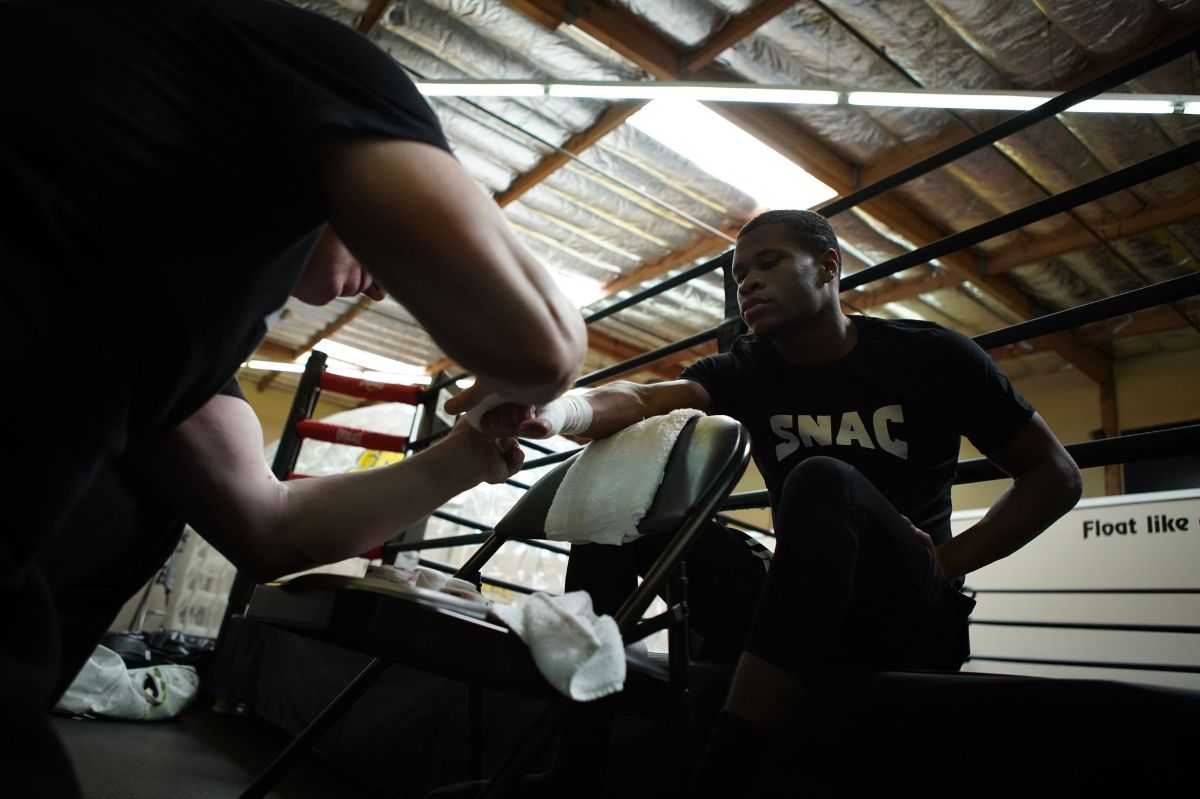 HANEY: I EXPECT A FIREFIGHT WITH LINARES
WBC king says Venezuelan will bring the best out of him next Saturday

Devin Haney believes his WBC World Lightweight title defense against Jorge Linares will be a firefight – and he’s relishing that prospect as they clash at the Michelob ULTRA Arena at Mandalay Bay in Las Vegas, Nevada on Saturday May 29, live worldwide on DAZN.
TICKETS ARE NOW SOLD OUT – MATCHROOM ARE WORKING WITH MANDALAY BAY TO INCREASE CAPACITY

‘The Dream’ expects the best of the 35 year old and that ‘El Nino’ has plenty of tools in his shed to call upon, and while that makes him an unpredictable foe, Haney says he is the man that it’s impossible to prepare for thanks to his ability to adapt to any challenge.

“Jorge brings so much to the table. Speed, power, ring IQ, experience against the best of the best, and I think he’s the type of opponent that will bring the best out of me, make me bring out my A-game, take it to the next level, the elite level.

“Every day, my dad and I get to know each other more and more. This camp has been great and we’re both ready for this one night to show everything we have been working on. You can’t train for me, because you don’t know what style I am going to bring. I’ve learned so many different styles and I can adjust, and that’s the difference between me and a lot of other fighters.”

At the other end of the spectrum, there’s a professional debut on the card for Eddie Hearn’s latest American signing, Khalil Coe, Reshat Mati (9-0 7 KOs) enters double figures in the pro game on the card, Ramla Ali (2-0) has been impressive in her two fights since turning pro in October and the first pro female fighter from Somalia gets an introduction to American fight fans on the bill, a card that is rounded off by Devin Haney Promotions’ Amari Jones (1-0 1 KO) fighting in the paid ranks for the second time after his debut in April.