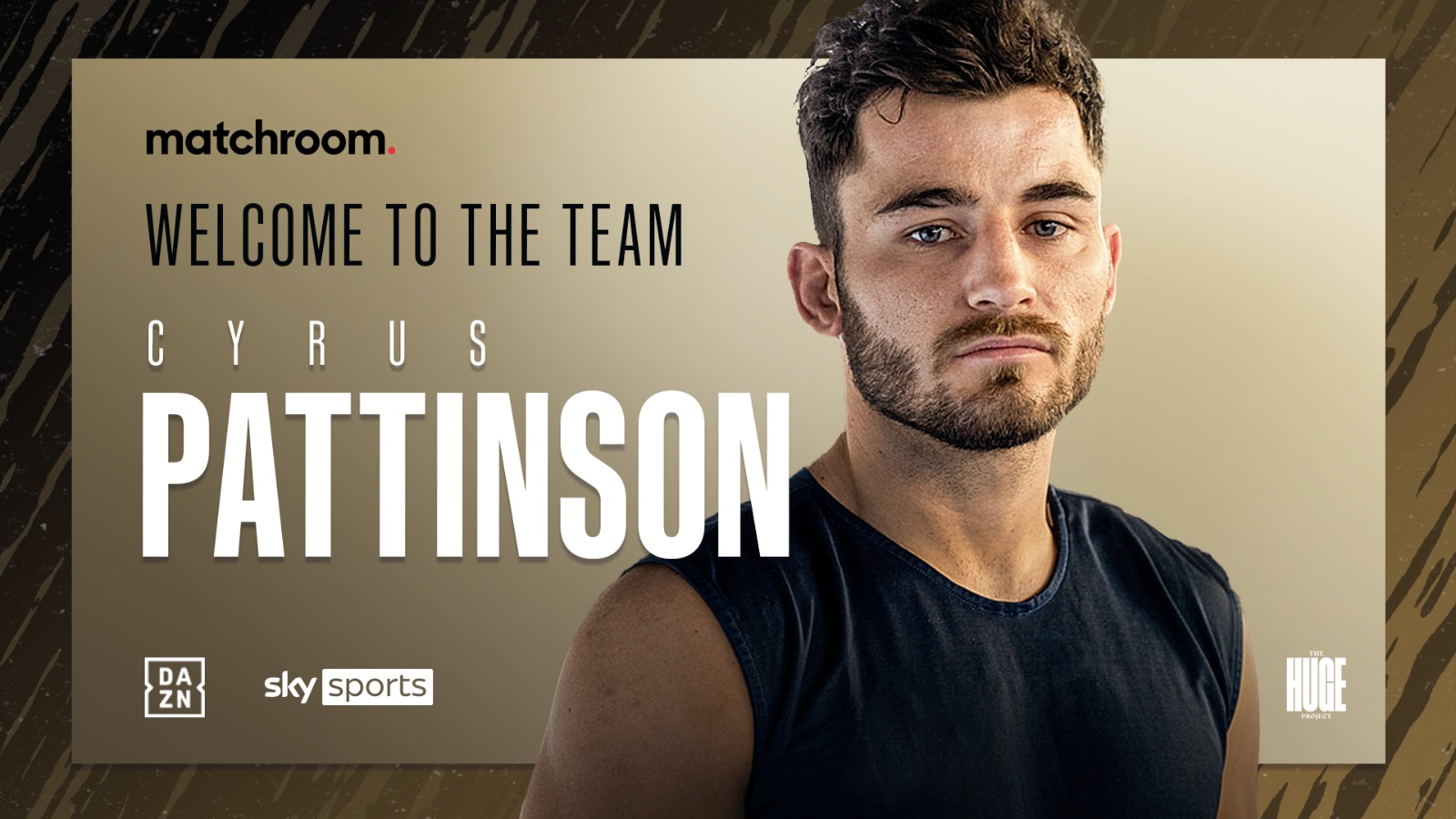 Cyrus Pattinson has signed a long-term promotional deal with Eddie Hearn’s Matchroom Boxing and will make his professional debut on the Lewis Ritson vs. Jeremias Ponce undercard at the Vertu Motors Arena, Newcastle on Saturday June 12, live on Sky Sports in the UK and on DAZN in the US and more than 200 countries and territories.

The former Team GB amateur standout from Alnwick in Northumberland will fight out of Birtley Boxing Club under the guidance of long-time coach Graeme Rutherford, making his debut at Super-Welterweight with a view to move down to Welterweight.

Now managed by Charlie Sims, Pattinson, 27, won gold medals at the 2017 Tammer and 2016 Feliks Stamm international tournaments during a successful stint in the amateurs and represented the British Lionhearts in the World Series of Boxing between 2016 and 2018.

“I want to push myself as far as I can go,” said Pattinson. “I’m going to bring an exciting style to the pro scene. Being from Team GB, I’ve showed plenty of times that I can box – use space well and close down space. I can fight as well. I’ve been in many wars in competitions and in the gym. I know I’m capable of doing both. I’d say I’m made more the pros.

“Signing up with Eddie and Matchroom is something that I have always wanted and thought about – to the point where I even created my own ‘Welcome to the Team’ graphic a few years ago to keep myself motivated and positive when I was going through one of my surgeries.

“To be honest I was looking to start my professional journey at the beginning of 2020. I was ready to turnover from Team GB and I’d already had discussions with Charlie Sims. I found myself more motivated by the pro game than the amateur scene. Amateur boxing is very political and there’s so many gold medals and fights that I should have won.

“There was a lot of bad decisions when I was boxing abroad. My opportunities were limited, they could only send one boxer to the majors and that wasn’t me at the time. I’ve been ready to turn pro for a while and start a new chapter for myself. Being 27 I’m a man now and all of the experiences that I’ve endured have prepared me for the pro game.

“Graeme Rutherford has taken me from the grass roots level all the way through to the international scene. I feel like he’s done the most for my career. He’s the person that I trust more than anyone. I think that’s crucial for me moving forward. I couldn’t have wished for a better stage to make my professional debut on with fans finally returning. I can’t wait to get in there and start my new chapter.”

“I’m delighted to welcome former Team GB standout Cyrus Pattinson to Matchroom and look forward to his pro debut on the Lewis Ritson vs. Jeremias Ponce undercard in Newcastle next month,” said Matchroom Sport Chairman Eddie Hearn. “Cyrus has proved his ability during his time with Team GB and the British Lionhearts and I expect him to make a real impact in the pro ranks. There’s some huge nights ahead in the North East for Cyrus and it all starts at the Vertu Motors Arena on June 12, don’t miss it!”

“Cyrus is one of the hottest prospects in the UK right now,” said Charlie Sims. “Southpaw, angles and a slick boxer. There’s no doubt he has an incredibly deep amateur pedigree that Team GB alongside Birtley have helped facilitate for the last 6 years. Cyrus has a loyal fan base in the North East and now with the support from Matchroom he can go on to achieve great things globally. He is walking into a stacked division domestically and worldwide, I’m sure the North East will see some great nights watching this young man.”