Sports streaming giant DAZN will be the global home of Matchroom and its world-class, worldwide stable of fighters

Matchroom UK fights will be available on DAZN in the UK and Ireland for the first time beginning July 2021 – a historic, groundbreaking move 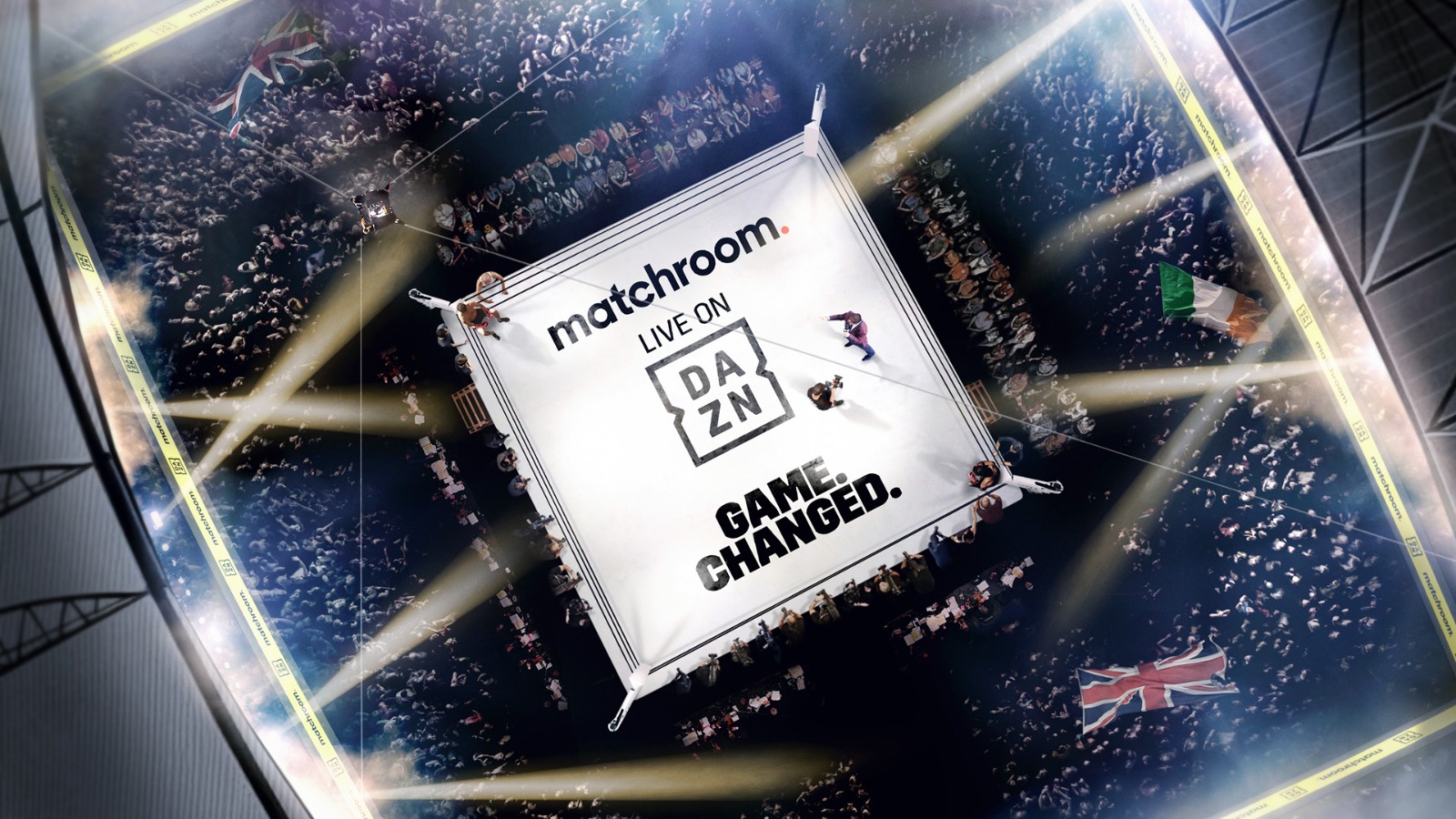 DAZN, the leading global sports streaming platform, and Matchroom, the leading international boxing promoter, have struck a game-changing five-year global deal. DAZN will be the global home of Matchroom and its world-class, worldwide stable of fighters – including a groundbreaking move that will see at least 16 Matchroom UK fights annually available exclusively to DAZN subscribers in the UK and Ireland for the first time, from July 2021 onwards. This historic agreement builds on the growing momentum and success of the partnership across all corners of the world and not only cements DAZN as the new home of boxing in the UK and Ireland but the global home of boxing.

The landmark Matchroom UK deal will see DAZN deliver its nonstop schedule of Matchroom UK boxing to fans all around the world and kicks off on July 31 with three back-to-back weekends of the return of the exhilarating Matchroom Fight Camp series. In due course, details of the exciting slate of summer and autumn fight programming will be announced, including highly-anticipated domestic, European and World title match-ups. In addition, a new on-air talent roster loaded with some of the best broadcasting talent in the sport alongside an exciting array of fresh faces will soon be unveiled.

Fans in the UK and Ireland will now have unprecedented flexibility and accessibility to watch the best in boxing anytime, anywhere, and on any device, for the initial monthly price of just £1.99 in the UK and €1.99 in Ireland – a special limited-time offer introduced when the sports streamer entered both markets late last year that will remain in place for new DAZN subscribers throughout the three-week Matchroom Fight Camp series.

Additionally, as part of a joint, long-term commitment to grow boxing all around the world and take the sport to new global heights, this pioneering deal expands upon the existing DAZN and Matchroom partnerships across the U.S., Italy and Spain, with more events planned in these countries featuring the greatest local talent. It also includes an extension that ensures all Matchroom UK events will remain available to fight fans on DAZN in the U.S. Further, DAZN and Matchroom will significantly invest in other key markets around the world where there is supercharged fervor for the sport with regionally relevant events, partnerships, and content to bring even more boxing to fans whilst uncovering the next big local superstars.

Moreover, DAZN and Matchroom are significantly investing in original content to keep fans, no matter where they are, on the constant pulse of everything in the world of boxing. To begin, the partnership will build on existing DAZN content franchises such as ‘The DAZN Boxing Show,’ ’40 Days,’ and ‘Making Of’ alongside nonstop highlights, clips, interviews, behind-the-scenes content, and classics. Along the way, DAZN and Matchroom will together develop compelling new documentaries, features, and shows to bring fans closer to the sport and fighters from all around the world – both in and out of the ring. DAZN’s Co-CEO, James Rushton said: “Game. Changed. This historic deal builds on the success and momentum of our long-term partnership with Matchroom around the world and solidifies DAZN at the forefront of the global sports streaming era. Together, we are committed to building the new home of boxing in the UK and Ireland while continuing to grow the global home of boxing in a way that matches today’s evolving viewing habits and brings fans all over the world more of the most premium live action, more round-the-clock global storytelling, and more broadcast and content innovations – only on DAZN.”

Matchroom Boxing Chairman Eddie Hearn said: “We have made the monumental decision to sign a historic 5-year deal with sports streaming giant DAZN. This means that our UK events will now be broadcast live on DAZN along with all Matchroom shows across the world. Pushing the boundaries is something we will always continue to do and we needed a partner that shared our vision for boxing, and who was also willing to make the investment to make those dreams a reality. This is also an amazing opportunity for our newly formed production and content business, Matchroom Media, who will now be responsible for live production across our events, working in close collaboration with DAZN and enabling us to form a cradle to grave mindset across inception to completion of our shows so we can deliver the live event experience to the viewer in the narrative and style in which we have built it. As we continue Matchroom’s expansion worldwide, this new deal will enable us to further cement DAZN as THE unrivalled global home of boxing. Our aim, alongside DAZN, is to create the biggest and best live fight nights and deliver a viewing experience that is truly game-changing.”

To become a subscriber, download the DAZN app on any internet-connected device, including living room devices such as smart TVs, streaming sticks and game consoles as well as smartphones, tablets, laptops, and PCs. For more information, visit www.DAZN.com