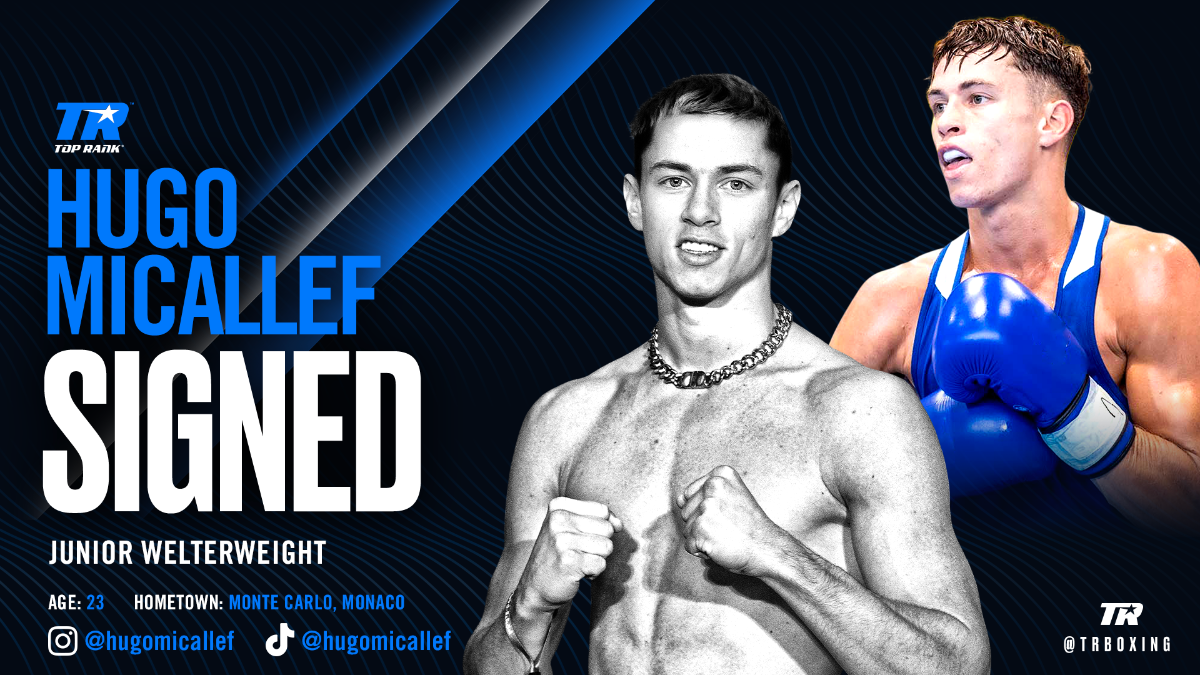 Hugo Micallef, who notched more than 100 amateur victories while representing his homeland of the Principality of Monaco in tournaments worldwide, has signed a multi-year promotional contract with Top Rank. Micallef, from Monte Carlo, will make his pro debut Friday, Sept. 10 in Paris on the undercard of heavyweight contender Tony Yoka’s homecoming bout against fellow unbeaten Petar Milas (streaming live and exclusively in the U.S. on ESPN+).

“Hugo has everything it takes to be a superstar in the sport,” said Top Rank chairman Bob Arum. “His amateur pedigree is extensive, and I believe he’ll usher in a generation of pro boxing in the Principality of Monaco.”

Micallef said, “It’s a tremendous honor to be signed by the best promotional company in the business. I have dreamed of this moment. I’m ready for the start of my professional journey, and I hope to one day bring a world title back home to Monaco.”

Micallef, who had aspirations of becoming the first Olympic boxer from the Principality of Monaco, now sets his sights on becoming the first boxer from his country to win a professional world title. He helped break the glass ceiling for Monegasque boxing at the world amateur level and counts Albert II, Prince of Monaco among his supporters.

Micallef turned heads last fall at the Boxam Elite International Boxing Tournament in Spain, toppling U.S. amateur star Delante Johnson en route to a silver medal. He last fought at the European Olympic Boxing qualifiers in Paris, falling in the Round of 16 to British superstar — and eventual tournament gold medalist — Pat McCormack, who will fight in his second Olympic Games in Tokyo.