THRILLING HEAVYWEIGHT FIGHT
BUT FANS AND CARLOS TAKAM, AHEAD ON POINTS, ROBBED OF CONTINUED ACTION BY ABRUPT STOPPAGE
TAKAM LEFT ASKING “WHY” AFTER PREMATURE STOPPAGE ENDED AN ACTION-PACKED HEAVYWEIGHT FIGHT AT SSE ARENA IN WEMBLEY

London, United Kingdom (July 25, 2021)
In what was a spectacular 5 rounds, CARLOS TAKAM traveled to the UK, the home of opponent and undefeated heavyweight JOE JOYCE, as a 7-1 underdog and took the fight right to the man known as “The Juggernaut” for the WBO International, WBC Silver and Commonwealth Heavyweight Championships.
Takam immediately found a home for his overhand right, setting up the power punch with stiff jabs to the body. In the first two rounds, Takam was agile on his feet while throwing two and three punch combinations to the head and body of Joyce. A back and forth third round, saw Takam continue his assault with the same overhand right that seemed to land every time it was thrown, while Joyce finally began to establish his jab, and dug to the body. Takam’s right hand began causing swelling under Joyce’s eye.
The thrilling action continued in the fourth and fifth round, with Takam maintaining he lead.
In the sixth round, Joyce came out of his corner quickly and hurt Takam.  Joyce rocked Takam and sensing an opportunity, put together sequence of punches as Takam parried, slipped and blocked in an attempt to avoid the onslaught.  Although Takam seemed alert and able to defend himself, he didn’t return punches and referee Steve Gray stopped the fight.  The stoppage was premature in the eyes of an outraged Takam, who immediately protested the stoppage. As the fight was waved off, the shocked and disappointed Takam was shouting ‘why, why, why’ to the referee.  It was an exceptionally entertaining heavyweight fight that Carlos Takam and the fans that filled the SSE Arena wanted to see continue.    At the time of the stoppage Takam was up on all three judges’ scorecards.
Carlos Takam had this to say on the premature stoppage, “Joe Joyce was punching at me yes, but I see that he was getting really tired, so I tried to keep my hands up, that was my strategy, to come back after he was tired and put him out. He stopped the fight and I ask [the ref] why? Why? I used my experience, I know what I am doing, but he stopped the fight.” Takam felt that Joyce was punching himself out in the sixth round barrage and was planning a counterattack.
CEO of Star Boxing JOE DEGUARDIA was disappointed in the outcome, “[Takam] was alert. You could see in his eyes he was aware of what was going on, and was defending himself.  While certainly a factor, it’s not just about whether a fighter is throwing punches back.  When you have an experienced veteran fighter like Carlos, who is clearly winning an important heavyweight fight, it’s important to get it right.  The referee must also know who is in that ring, his acumen, experience, basically his ring generalship.  These are things that must be taken into consideration in order to make the right call.  Unfortunately for Carlo’s tonight, we believe the wrong decision was made and that he was alert and defending himself while waiting to launch his counter-attack at the right precise moment.  We think a rematch is warranted.”
As for what’s next for Carlos Takam, that remains to be seen. He once again established that he can go toe to toe with the top heavyweights in the world. 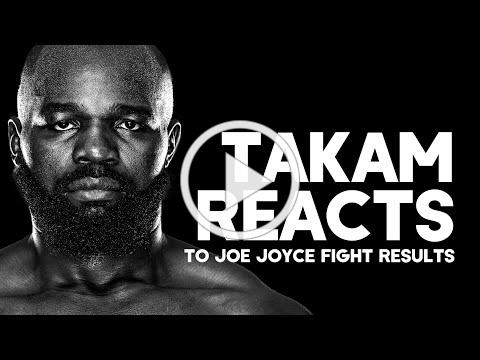