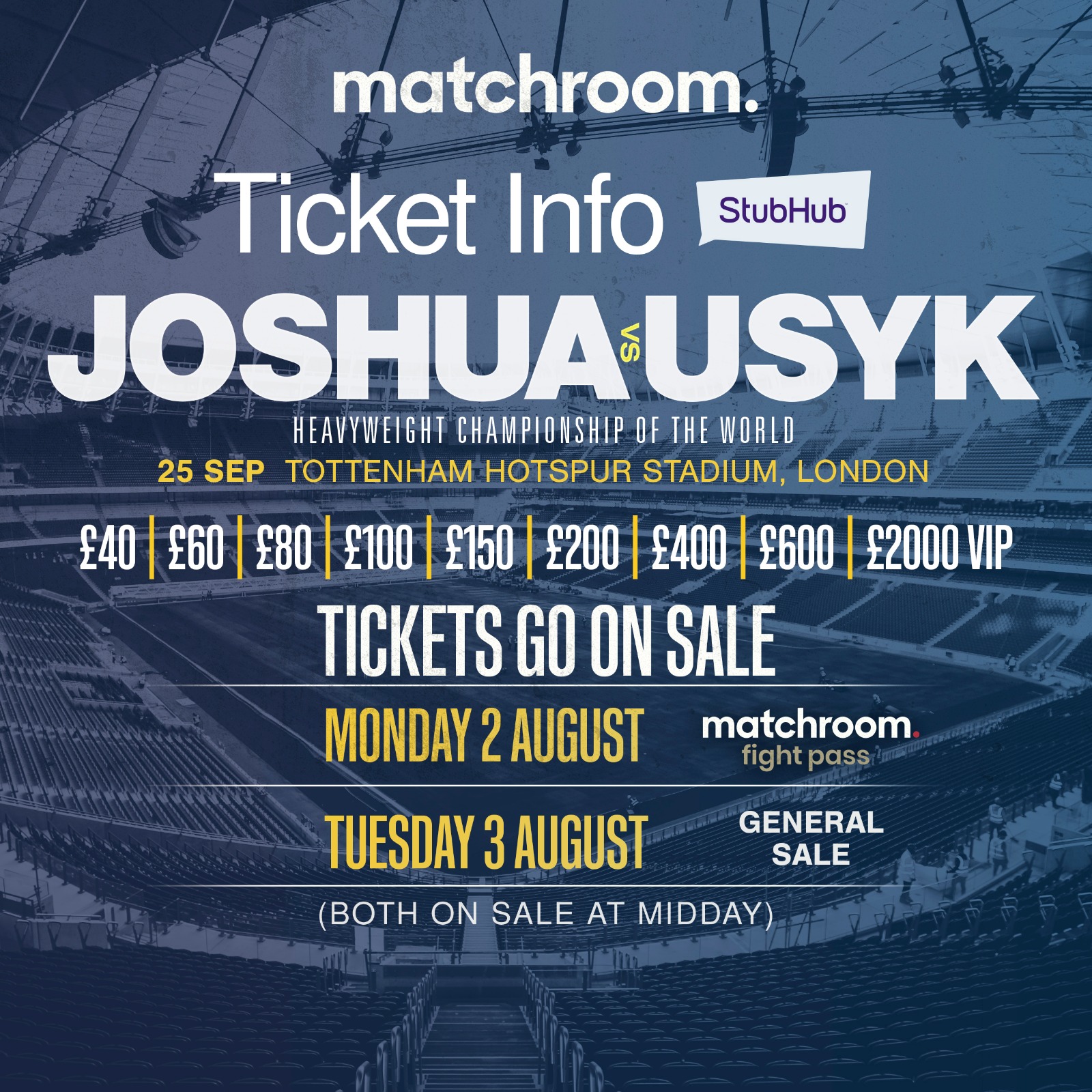 Matchroom Fight Pass members will be able to purchase tickets via StubHub (www.stubhub.co.uk) from midday on Monday August 2.

General Sale tickets can be purchased via StubHub (www.stubhub.co.uk) from midday on Tuesday August 3.

Access ticketing can be purchased via Tottenham Hotspur by calling +44 344 844 0102, pressing option 1 then 5, from midday on Tuesday 3 August. Once you have completed your purchase, we shall contact you within 48 hours to confirm how you can provide proof of eligibility for your accessible ticket(s). Proof of eligibility will then need to be provided to us by Friday 27 August, or your ticket(s) may be cancelled.

Premium options for this event will also be sold via Tottenham Hotspur. Pricing for our unrivalled packages will start from £225 per person (incl. VAT). To ensure you are kept updated with availability and information on how to purchase, please ensure you have registered your details here: https://www.tottenhamhotspur.com/tickets/premium-experiences/joshua-vs-usyk/. Further information will then be communicated later this week.

The Heavyweight division’s biggest attraction has sold-out stadiums and arenas around the world and now ‘AJ’ returns to the Capital for his fifth stadium fight looking to create more history as he faces his latest WBO Mandatory Challenger at the new state of the art home of Spurs, following in the footsteps of Frank Bruno MBE who defeated Joe Bugner in Matchroom Boxing’s first Heavyweight promotion at the old White Hart Lane in October 1987.