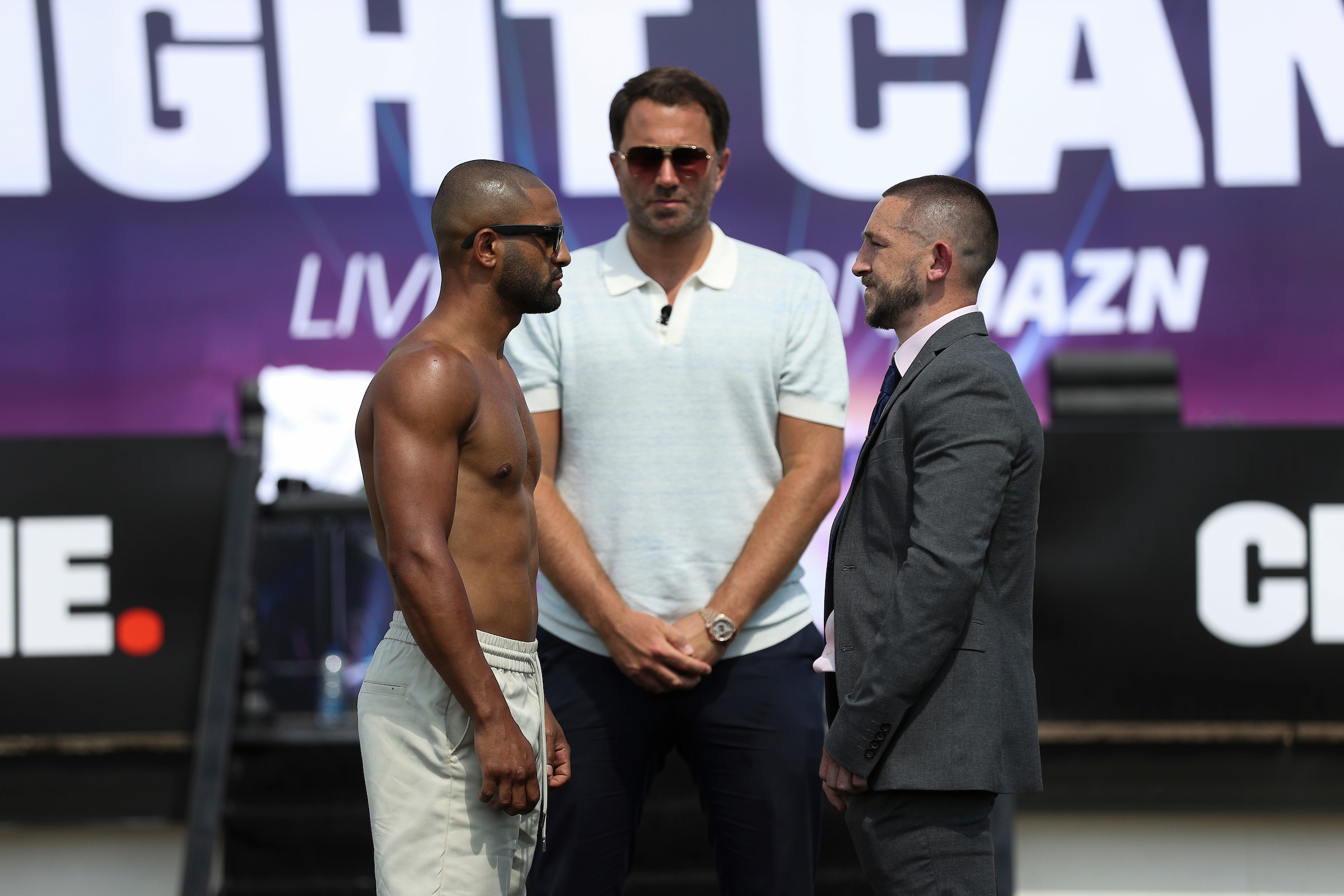 Jazza Dickens believes that Kid Galahad’s inactivity will be a major factor in their all-British showdown for the vacant IBF Featherweight World Title this Saturday August 7 at the top of the bill at Matchroom HQ in Brentwood, Essex, live worldwide on DAZN.

Galahad (27-1, 16 KOs) hasn’t fought since retiring Claudio Marrero in eight rounds at the Sheffield Arena back in February 2020 before the COVID-19 pandemic hit the UK – whilst Dickens’ last outing came in a winning effort against Ryan Walsh in the MTK Global Golden Contract Featherweight final in December 2020.

Liverpool’s Dickens (30-3, 11 KOs) suffered the first loss of his professional career at the hands of Galahad down at Super-Bantamweight in a challenge for the British Title in September 2013.

Despite Galahad winning the fight by a tenth-round stoppage, and holding what many could say is a psychological advantage, Dickens says their first encounter will have no bearing on what happens in their Fight Camp 2 headliner this weekend.

“It has been eight years since we had the first fight,” said Dickens. “I always knew this fight would come again. I told Barry this fight would come again. I’ve been waiting a long time. I’ve had losses along the way, I’ve had to build myself back up. There’s nothing harder than building yourself back up after a loss. I’ve done it three times and that’s why I’m in this position.

“I do remember at the time it was tough losing. It was tough on my ego – that’s what it was. It was a humbling experience. It was a tough time for me personally to face Liverpool. That shame of losing. It was hard. It was either pack it in or carry on and win a World Title and get my revenge. That’s where I’m at now. I believe that I’ve had a tougher road since then. I know I’m the better fighter now.

“I worked hard to be here. You can’t take all of the credit yourself though. I’m very lucky to be here. I’m lucky to have this opportunity and I’m lucky to have a great team around me – MTK, Tony Bellew, Eddie Hearn and DAZN. This fight has got a lot of meaning to me, so to be topping the bill in a venue like this on a massive platform is special. This opportunity is a blessing and I’m going to take it with both hands.”

Dickens’ loss to Galahad was later followed by consecutive defeats against Guillermo Rigondeaux and Thomas Ward, but the Tony Bellew-managed Scouser has since won eight fights in a row and has been in superb form over the past 18 months, with his victories over Walsh, newly-crowned WBA Champion Leigh Wood and Carlos Ramos seeing him win the Golden Contract tournament.

‘Jazza’ has the chance to fulfil a childhood dream when he meets Galahad for Josh Warrington’s vacated IBF crown in the ‘Matchroom Square Garden’ – and the 30-year-old southpaw says he will do whatever it takes to write his name into the history books and become his city’s latest World Champion.

“You only get so many losses in professional boxing. I know what it’s like on the back of a loss. Nobody wants to know. Nobody cares. I’ve had three of them. I can’t afford another one. I have to win. I will win by any means necessary. I would have expected him to have grown in the same way that I have since our first fight. From our technical standpoint there will still be flaws in both fighters. There are flaws in every fighter that you can capitalize on.

“He can say it’s going to go this way or that way, but we’ll see how it goes on the night. He doesn’t care how ugly it looks. If that’s how he wants to fight we’ll fight like that, but I like the old-fashioned way. The way that boxing was created – two men standing and fighting. I don’t think this fight needs any needle. We’re two good fighters and we can sell the fight because we know how to fight.

“He hasn’t fought for a year or something like that. I think the longest I’ve ever been out for is about six months. That was a tough time because I had a broken jaw. It was depressing not being able to fight. That’s how I see things. I don’t know about him. Anything I have to do to win I’ll do it. I have to find a way. I have to be myself first and foremost, and I have to find a way to win.

“Barry is quite a humble guy deep down. He was trying to be Prince Naseem a few years ago but he’s showed a humble side since he’s had a loss. Barry is a nice guy deep down;  I know he is. He’s not stupid, he knows that he shouldn’t judge this fight by the last one. Likewise, I’m sure he’s a lot better than he was then. He has to be – he’s fought for a World Title since. It’s his first loss, and now he realises he’s not invincible. He’s had a warm-up win and that’s it. He’s inactive. I wouldn’t like to be in his position fighting me.”