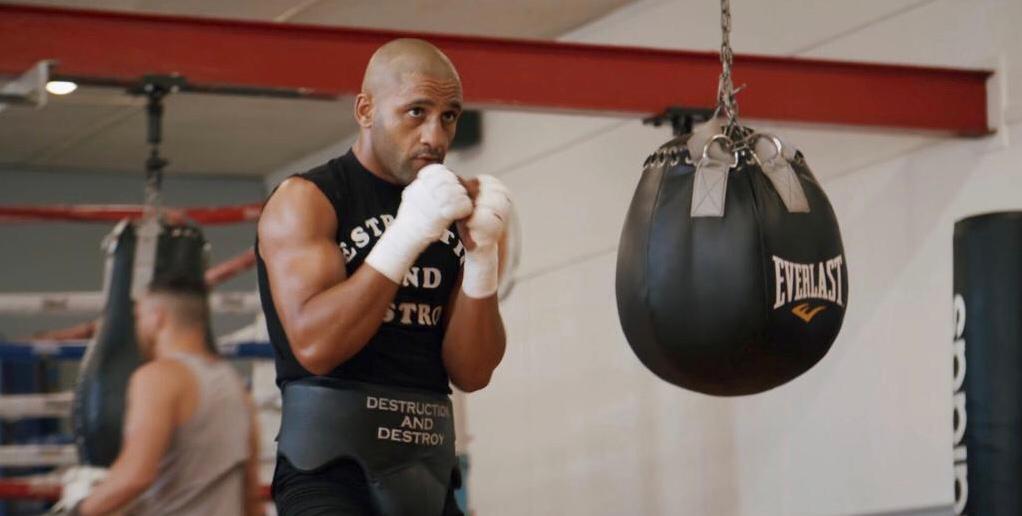 Kid Galahad has vowed to win his first World Title in style as he clashes with familiar foe Jazza Dickens for the IBF Featherweight crown at the top of the bill on Matchroom Fight Camp Week 2 this Saturday August 7 in Brentwood, Essex, live worldwide on DAZN.

Galahad (27-1, 16 KOs) fights for the strap for the second time, having been edged out by the narrowest of margins by former champion Josh Warrington in a Yorkshire derby in June 2019 – with the Leeds man holding onto his title via a hotly-disputed split decision.

Sheffield star Galahad bounced back with a win over Claudio Marrero in February and with Warrington vacating the title, Galahad now locks horns with Dickens (30-3 11 KOs) for the second time having stopped the Liverpool man to land the British Super-Bantamweight Title in September 2013.

The 31-year-old has since sparred plenty of rounds with the southpaw Scouser that he calls a friend, but he’s ready to put that to the side for one night only.

“I’ve actually done about 60 or 70 rounds with Jazza Dickens, probably more!” said Galahad. “When I boxed Marrero, I sparred Jazza. I’ve known him for a long time, we’re friends. Any time I ever fight a southpaw I always spar with Jazza because he’s a good southpaw. At the end of the day, when we get in there, friendship is going to be pushed to the side and that’s it. Seek and destroy, that’s it. I’m not here to make friends and everything else. When I get in there I’m here to win. I don’t care who you are.

“He’s very good. He’s well rounded and he can do a bit of everything. I just believe that I’m better than him in every little department. Whatever he does I can do better. He can say that he’s got the momentum and everything else. He can have the momentum – it doesn’t mean anything does it.

“When we get in that ring on it’s just going to be me and him in there, nobody else. That’s when it’s going to matter. I’ve done it the hard way, and I’m going to win this World Title in spectacular fashion. I’m going to be a World Champion for a very long time. I’m not going to let it go.

“After I win this fight, it’s going to get even harder, then you just need to maintain it. I’m always fully focused only on what I do. I can’t wait to get in there and take what’s mine. I’ve just got to do what I’ve got to do. Jazza can bring a few different styles but I’ve just got to go in there and win the fight in any way and any form. The game is to hit and not get hit. I’ve got to go in there and do a number on him. I’m going to give it to him, tell him to make sure he’s prepared. I know he’s going to prepare well, but when we get in that ring, we aren’t going to be friends. He’s going to get seriously hurt.”