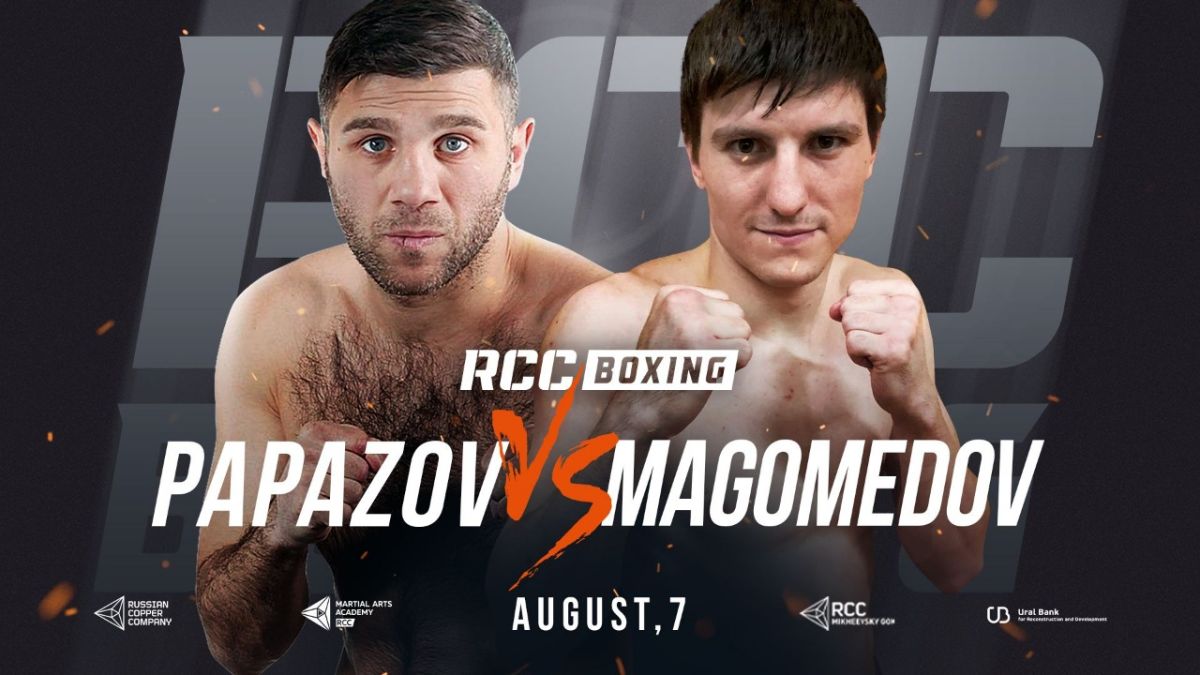 (Aug. 4, 2021) — Russian junior welterweight contender Fedor “Knockout Man” Papazov hopes to add a signature win to his ledger this Saturday, Aug. 7, when he takes on countryman Arslan Magomedov in the 10-round main event from the RCC Boxing Academy in Yekaterinburg, Russia.

Papazov (22-4, 13 KOs), from Tuapse, Russia, is a 12-year pro who has never been knocked out. He holds a 2017 victory over Isa Chaniev, who challenged Richard Commey for a lightweight world title in 2019. Papazov last fought in April and lost a competitive decision to Yauheni Dauhaliavets, a rising prospect from Belarus. Magomedov (7-1-1, 5 KOs), from Makhachkala, Russia, is 6-0-1 since dropping a six-round decision in his second pro bout. Last October, he notched a career-best win over Zhora Hamazaryan, who is known to American fight fans for his two fights against Thomas Mattice.