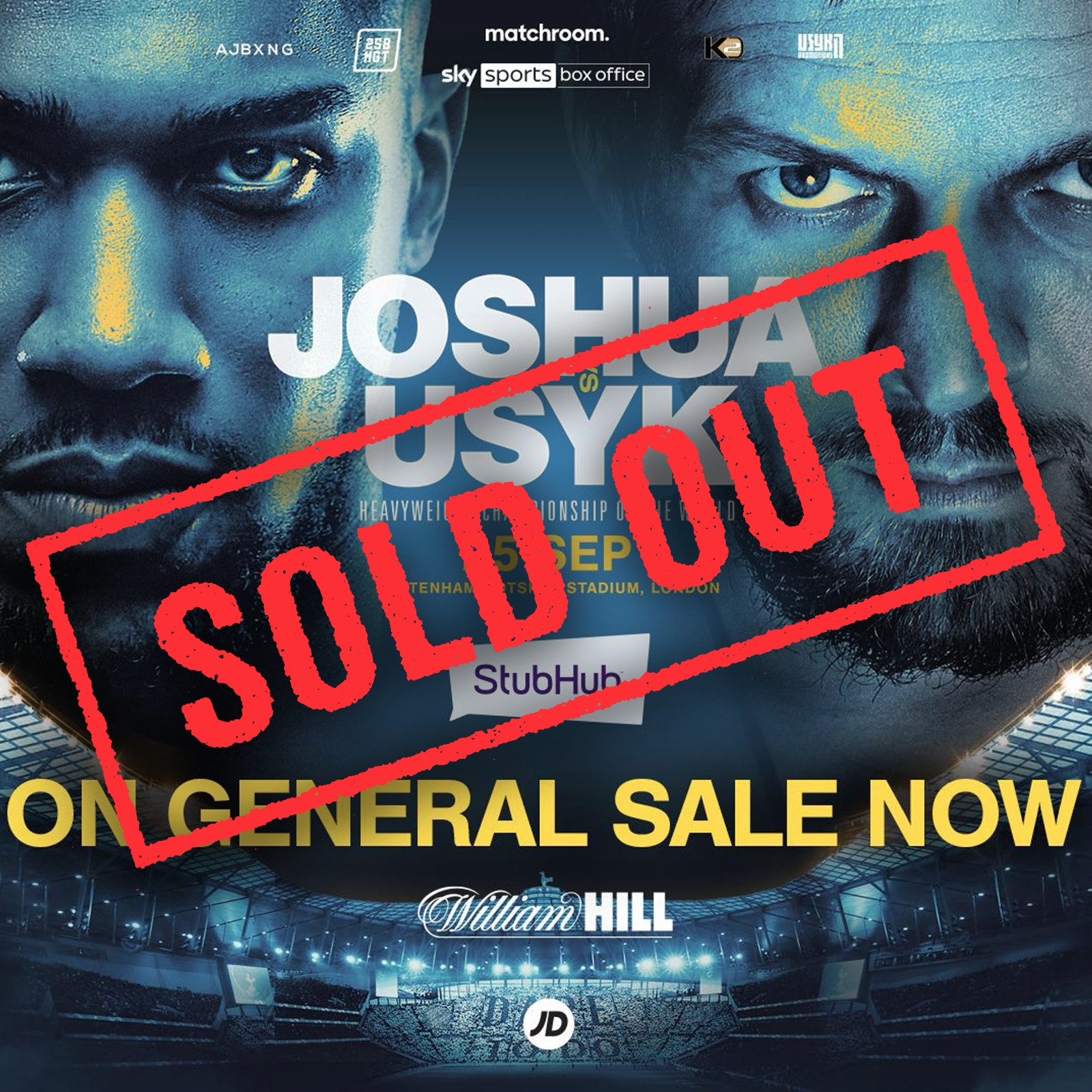 Tickets for Anthony Joshua’s IBF, WBA, WBO and IBO Heavyweight World Title defence against Oleksandr Usyk at Tottenham Hotspur Stadium in London on Saturday September 25 have sold out within the first 24 hours of going on sale.

‘AJ’ has sold-out stadiums and arenas around the world and now the Heavyweight division’s biggest attraction returns to the Capital for his fifth stadium fight at the sensational, state of the art home of Tottenham Hotspur F.C.

Over 100,000 fans waited in the StubHub ticket queue for their chance to land seats for the biggest Heavyweight clash of the year starring two London 2012 Olympic gold medalists going head-to-head in their quests for Undisputed supremacy.

Undercard details will be announced in due course.