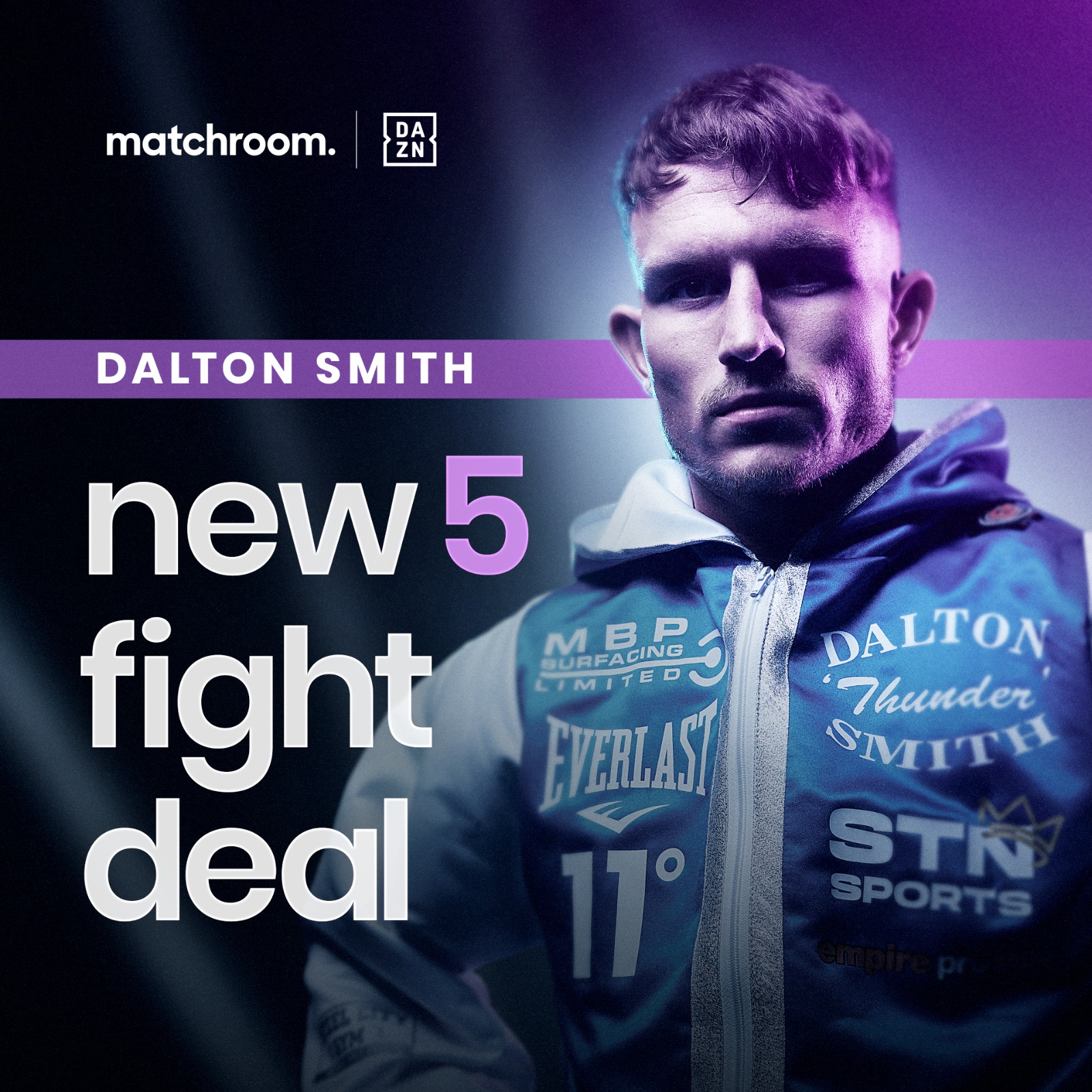 One of the brightest prospects in world boxing Dalton Smith has signed a new five-fight deal with Eddie Hearn and Matchroom Boxing.

Sheffield’s most successful amateur boxer of all time has carried his electric form into the professional ranks, winning all but one of his eight contests inside the distance.

‘Thunder’ claimed his first pro title last time out at Manchester Arena in May – dominating Lee Appleyard and forcing a punishing sixth-round stoppage to earn the vacant English Title.

Trained by his father Grant at the Steel City Gym and managed by STN Sports, 24-year-old Smith is hungry for more titles and believes he is in the perfect place achieve all of his goals with Matchroom.

“I am delighted to make it three deals in only eight fights with Matchroom,” said Smith. “Alongside STN Sports, who have been outstanding managing my career, I have the team in place that will give me the opportunity to achieve all my dreams.

“I want to bring World Championship boxing to Hillsborough and this next five-fight roadmap feels like a big step towards that. Fans can expect to see me next year in tougher domestic challenges, competing for more titles and headlining in Sheffield.”

“I’m delighted to extend our promotional deal with Dalton Smith who I believe is a World Champ in the waiting,” said Matchroom Sport Chairman Eddie Hearn. “Dalton has been faultless so far as a professional and I look forward to building him in Sheffield but also seeing him fight all over the world as we move forward as a team to the top of the 140lbs division.”