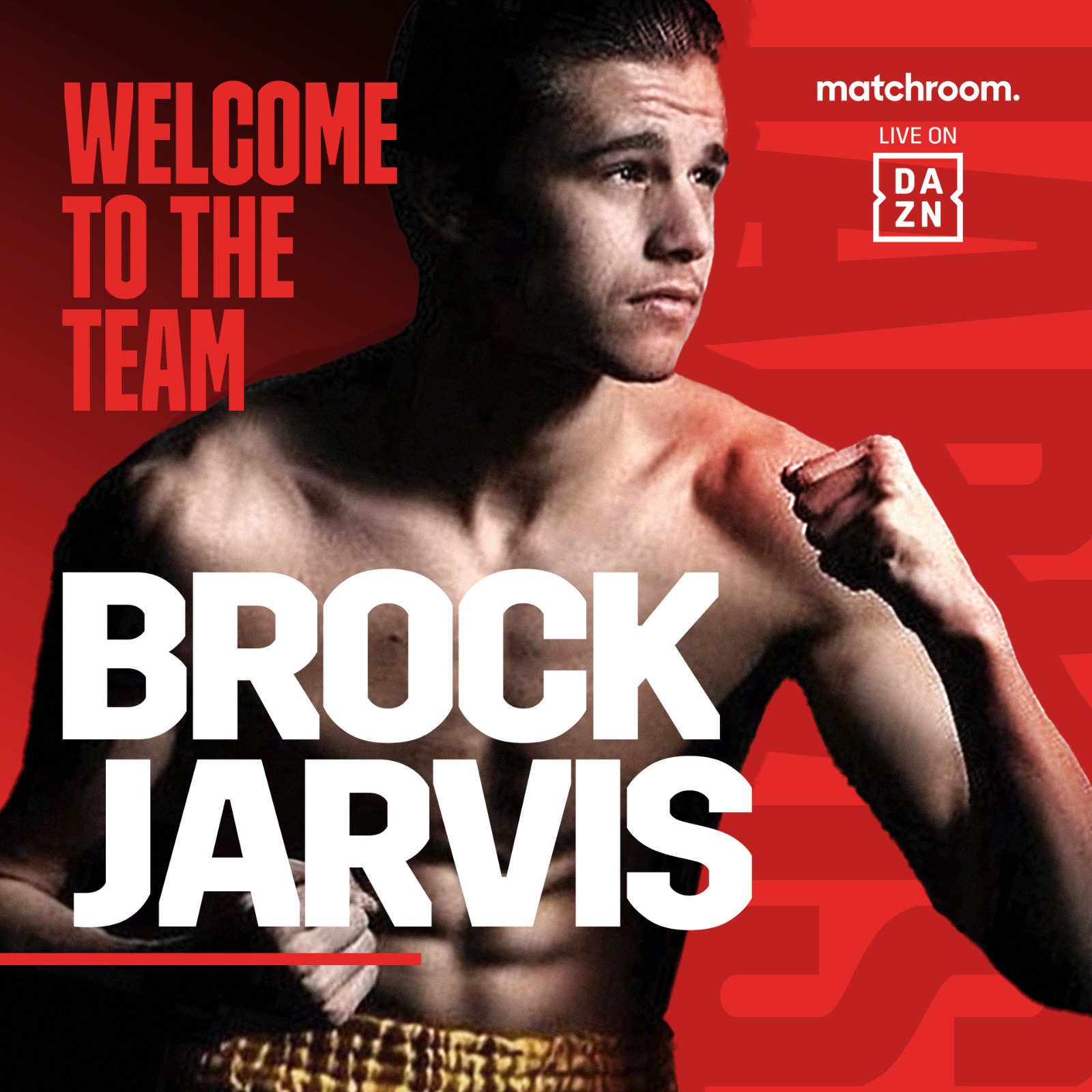 The 23-year-old rising star has won all nineteen of his fights since joining the professional ranks in December 2015, with seventeen of those wins coming by way of knockout – the latest a sixth round stoppage of Nort Beauchamp in April to land the IBF Pan Pacific 130lbs title.

“I’m just so excited for this opportunity to make my mark on the world stage,” said Jarvis. “This is a huge platform for me to build on and get me to where I want to be.

“I’m not one for bad mouthing opponents or calling people out. I just get in there and let my fists do the talking. I’m working hard in the gym every day, learning so much and improving all the time. I know I’m getting closer to a World Title fight each time I step in the ring.

“I am delighted to welcome Brock to the team as we begin our expansion into Australia,” said Matchroom Sport Chairman Eddie Hearn. “Brock has it all, he is ferocious in the ring and looks a million dollars, I truly believe this young man will become a global star with Matchroom and DAZN. We look forward to working with Brock and Jeff and we can’t wait to get started.”

“Fight fans around the world are going to absolutely love watching Brock,” said Fenech, trainer and manager of Jarvis. “He’s a real old school guy in and out of the ring. He’s all action and throws hundreds of punches a round and gives value for money every time. Guys like Mike Tyson and Roberto Duran have watched his fights and told me how impressed they were with him and the great thing is that he just gets better and better with each fight.

“We’re so excited about this deal and working with Eddie and Matchroom because it will give Brock the opportunity to fight overseas and at home. Those opportunities to fight in the US came a little late in my career but Brock’s still only 23 and has his whole career ahead of him. That will be great for his development because it’s still early in his career and with his style he will make new fans wherever he goes.”