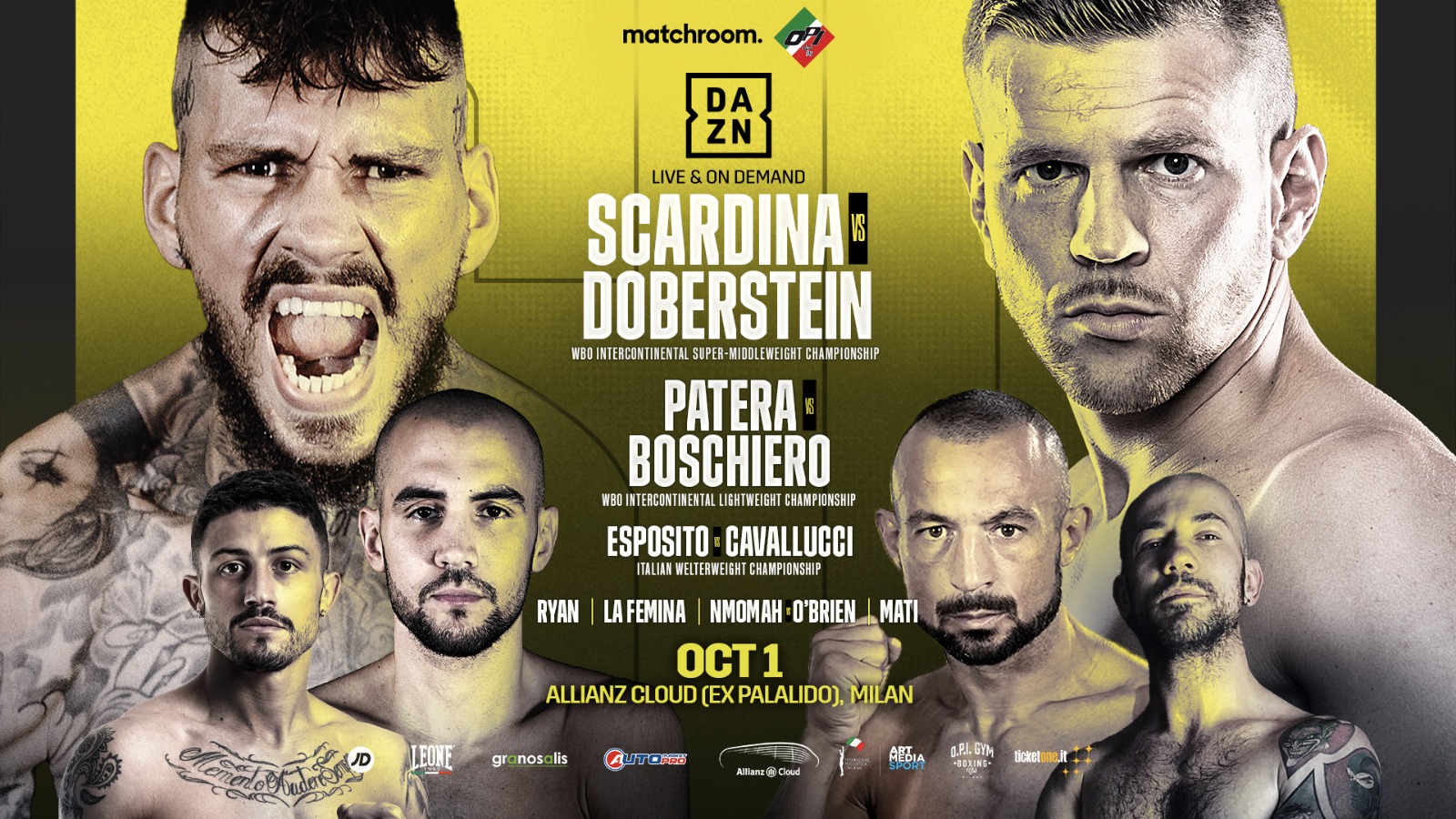 Italian star Daniele Scardina continues his hunt for a World Title fight when he takes on Juergen Doberstein for the WBO Intercontinental Super-Middleweight Title at the top of an action-packed night of boxing at the Allianz Cloud in Milan on Friday October 1, with all of the action shown live on DAZN.

Scardina (19-0, 15 KOs) produced a dominant performance to extend his unbeaten record at the expense of Cesar Nunez last time out in February, stopping the Spaniard in eight rounds to claim the vacant EBU European Union Super-Middleweight Title.

‘King Toretto’, who trains out of the 5th Street Gym in Miami, currently sits at No. 11 in the world with the IBF, No.13 with the WBO and No.15 with the WBA, and the 29-year-old can take a step closer to his dream of a World Title opportunity in the 168lbs division by defeating Doberstein (26-4-1, 7 KOs).

“Italian boxing’s flag-bearer Daniele Scardina headlines an action-packed card in Milan as we continue to deliver on our long-term commitment with DAZN to grow boxing globally,” said Matchroom Sport Chairman Eddie Hearn. “Scardina vs. Doberstein quickly follows on from our European Title double-header in Barcelona on September 11 and is another great addition to our busy upcoming schedule as we cement our position as the No.1 promotional company in world boxing.”

“We are very happy to finally have fans back at the Allianz Cloud in Milan,” said Christian Cherchi of OPI Since 82. “This is a stacked card featuring three title fights with Italy’s rising star Daniele Scardina topping the bill as he goes for the WBO Intercontinental Title against Juergen Doberstein. Francesco Patera against Devis Boschiero is a great fight for the WBO Intercontinental Lightweight Title and Nicholas Esposito vs. Emanuele Cavallucci is a great battle for the Italian Welterweight crown. Samuel Nmomah steps-up against Irishman Craig O’Brien plus there’s action for prospects Vincenzo La Femina, Reshat Mati and Sandy Ryan. Don’t miss it live and on-demand on DAZN!”

Tickets will be available soon on ticketone.it