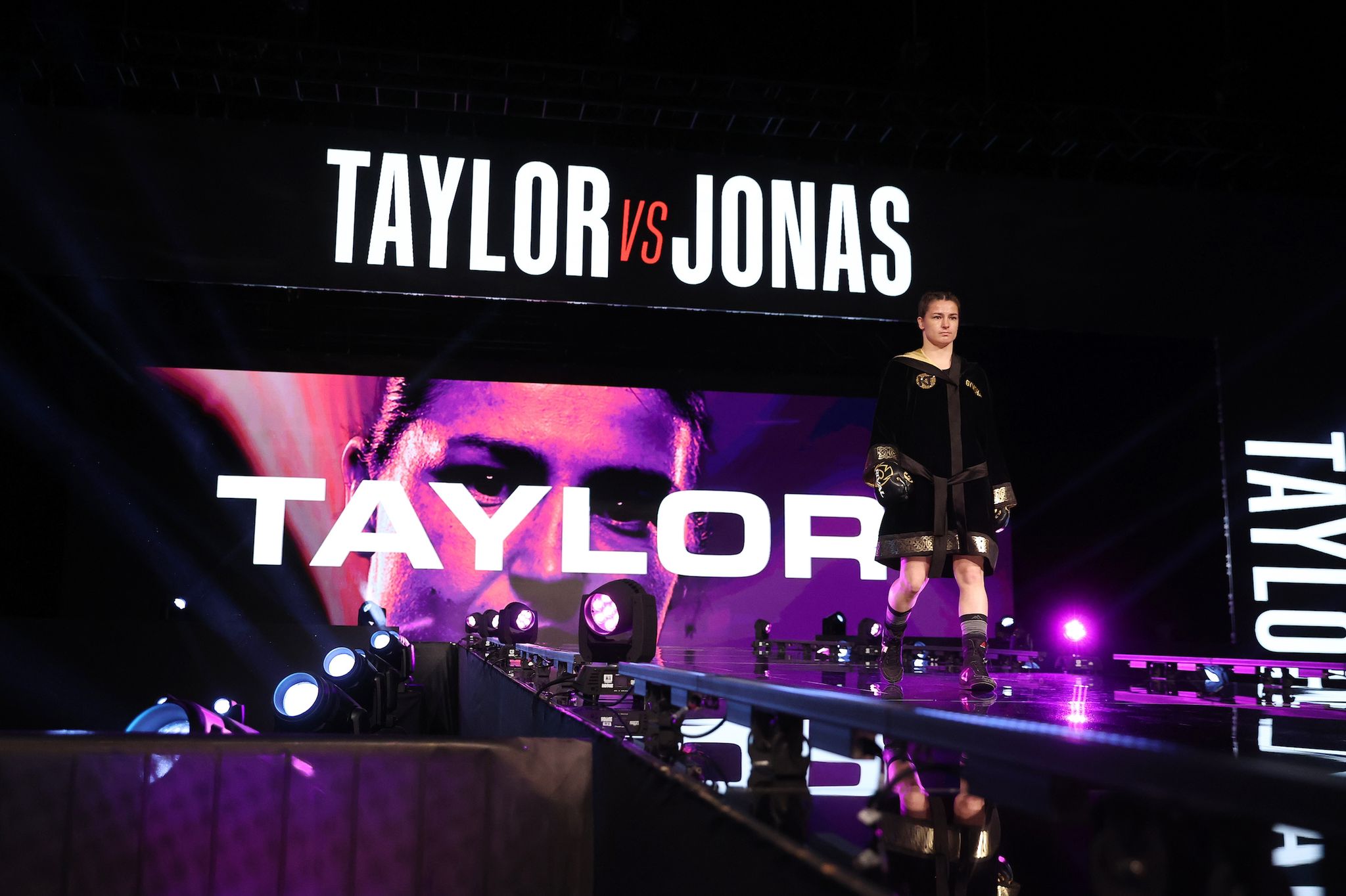 Katie Taylor says she is relishing the opportunity to make the latest defence of her Undisputed Lightweight crown in front of 20,000 passionate Leeds fans at Emerald Headingley Stadium on the blockbuster Lara vs. Warrington 2 card this Saturday September 4, shown live worldwide on DAZN.

The Irish star (18-0, 6 KOs) was forced to dig deep as she retained her World Titles via a unanimous decision victory after another memorable meeting with Natasha Jonas last time out at Manchester Arena in May – nine years on from their London 2012 Olympic Games bout.

This time Taylor puts her belts on the line against six-time national amateur champion and former IBF Featherweight World Champion Jennifer Han (18-3-1, 1 KO) – her latest Mandatory Challenger who heads into this weekend’s clash on the back of an eight-fight winning streak.

“My father was born and raised in Leeds, so we all grew up as Leeds United fans,” said Taylor. “There are still a few Leeds United fans out there! I’m really excited to fight in Leeds and in front of so many fans. It’s kind of like a second home to me so I just can’t wait. It’s going to be so exciting boxing in front of 20,000 people. The atmosphere is going to be insane. Leeds fans are very passionate and loud.

“I think the last 12 months have been fantastic for me personally. I’m still sitting here as the Undisputed Champion, 18-0 with some fantastic performances and some amazing fights under my belt. The fights I’ve been in have elevated women’s boxing to another level. This is the pinnacle of professional boxing – holding all of the belts, that’s what everyone in professional boxing wants to do. Everyone’s dream is to become the Undisputed Champion.

“I’m going to try my best to hold on to every one of those belts for as long as I can. This is what I’m in the sport for. I want to make history, I want to be a World Champion and I want to hold all of the belts – I’m all in. “The women are definitely more inclined to take a few more risks and actually go in and take the bigger fights. I love that about the female fighters. We actually want the big fights. We’re willing and able to actually step in the ring and fight all of these other champions.

“I’m expecting the toughest fight from Jennifer. She has a lot of amateur experience and she’s a very technical fighter. She’s a six-time World Champion. She was my No.1 Mandatory as well so I had to take the fight. These girls have stepped up – they’ve boxed beyond themselves, they have raised their game against me. I’m expecting a very very tough fight and I’m going to be prepared like I have been for every single fight I’ve had over the last few years.

“She is a fighter that believes in herself. This fight is going to bring the best out of the both of us. I love the fact that she’s stepping into the ring confident like I am as well. I don’t really take much notice of what other fighters say, I just focus on my own performance and my own preparation. We’re going to be stepping into the ring 100% prepared. The only words that matter are, ‘and still’. Training is going well – I feel good and sharp. I can’t wait to step in again on September 4 and get another great victory.”