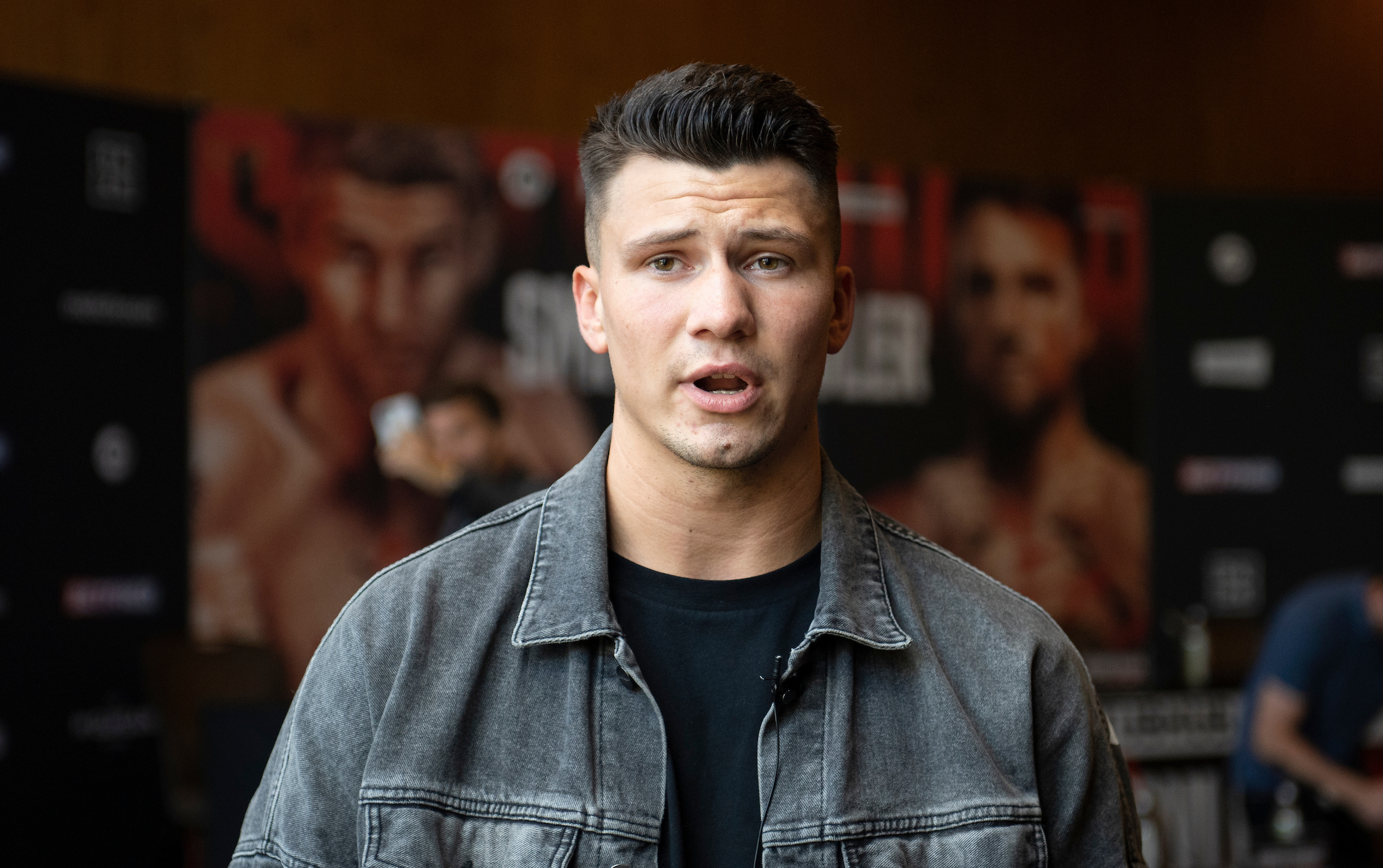 CONWAY – I CAN SEE A STOPPAGE AROUND MIDWAY

‘Too Class’ faces Metcalf in must-win Liverpool showdown
Kieron Conway says he will be too big and too strong for James Metcalf when they clash in a must-win Super-Welterweight showdown this Saturday October 9 at the sold-out M&S Bank Arena Liverpool, live worldwide on DAZN.

Both men will be hoping to return to winning ways after suffering losses in their last fights – Conway at the hands of Frenchman Souleymane Cissokho on the huge Canelo vs. Saunders card in Texas and Metcalf at the hands of Ted Cheeseman in a brilliant British Title clash in Gibraltar.

‘Too Class’ (16-2-1, 3 KOs), who fought to a draw with Cheeseman when they met at Bethnal Green’s York Hall back in June 2019, wasn’t overawed when he stepped out to box in front of 70,000 fans at the AT&T Stadium and is relishing facing Liverpudlian Metcalf on away territory.

“He likes to move his feet in and out and side to side,” said Conway. “He’ll try to make it hard for me. Those things aren’t going to matter. We’ve all been hit hard, and I’ve been hit harder than James Metcalf can hit. I’m going to be ready for anything that he throws at me.

“I’m a big guy for the weight and he’s a small guy. He should be a weight below. Physical attributes are going to play a big part in this fight from the get-go. My boxing skills, knowledge and experience is going to come in to play as the fight goes on.

“He’ll try and rough up, make it a mess, swing and try to knock me out. At the end of the day, his only chance is to knock me out. JJ’s fight with Ted Cheeseman was an outstanding fight, but you don’t need to be in those fights, especially when you’re getting on a bit in your career.

“I’m not sure who has more pressure on their shoulders. I do know that there’s pressure on me to win this fight. It’s not affecting me, because what will be will be. What will be is a Kieron Conway win. British level isn’t all that Conway will be, and I’m ready to prove that now.”