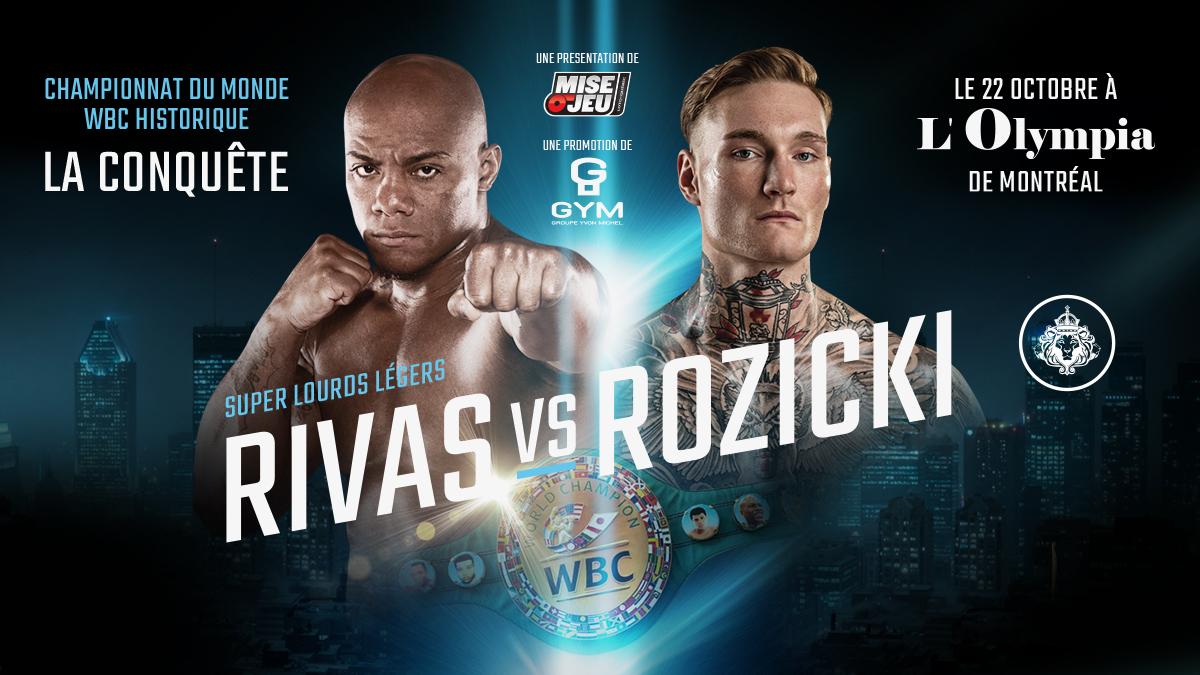 Rivas and Rozicki will clash this Friday, Oct. 22 at L’Olympia in Montreal, a 12-round showdown to crown the inaugural WBC Bridgerweight world champion (weight limit: 224 pounds). Rivas has fought as high as 251½ pounds, while Rozicki has spent the entirety of his five-year pro career as a cruiserweight.

Rivas-Rozicki will headline a special Canadian fight night streaming live and exclusively in the United States on ESPN+ at 7 p.m. ET/4 p.m. PT.

Rivas (27-1, 19 KOs) is a 2008 Colombian Olympian who has spent his 12-year pro career based in Montreal. In January 2019, he knocked out former world title challenger Bryant Jennings in the 12th round of an ESPN+ main event. Six months later, he dropped a highly competitive decision to British star Dillian Whyte. Rivas returned in March 2021 — weighing 221¼ pounds — and knocked out Sylvera Louis in three rounds. Rozicki (13-0, 13 KOs), from Nova Scotia, Canada, has stopped 12 of his 13 foes in three rounds or less and has never gone past six rounds in the paid ranks.