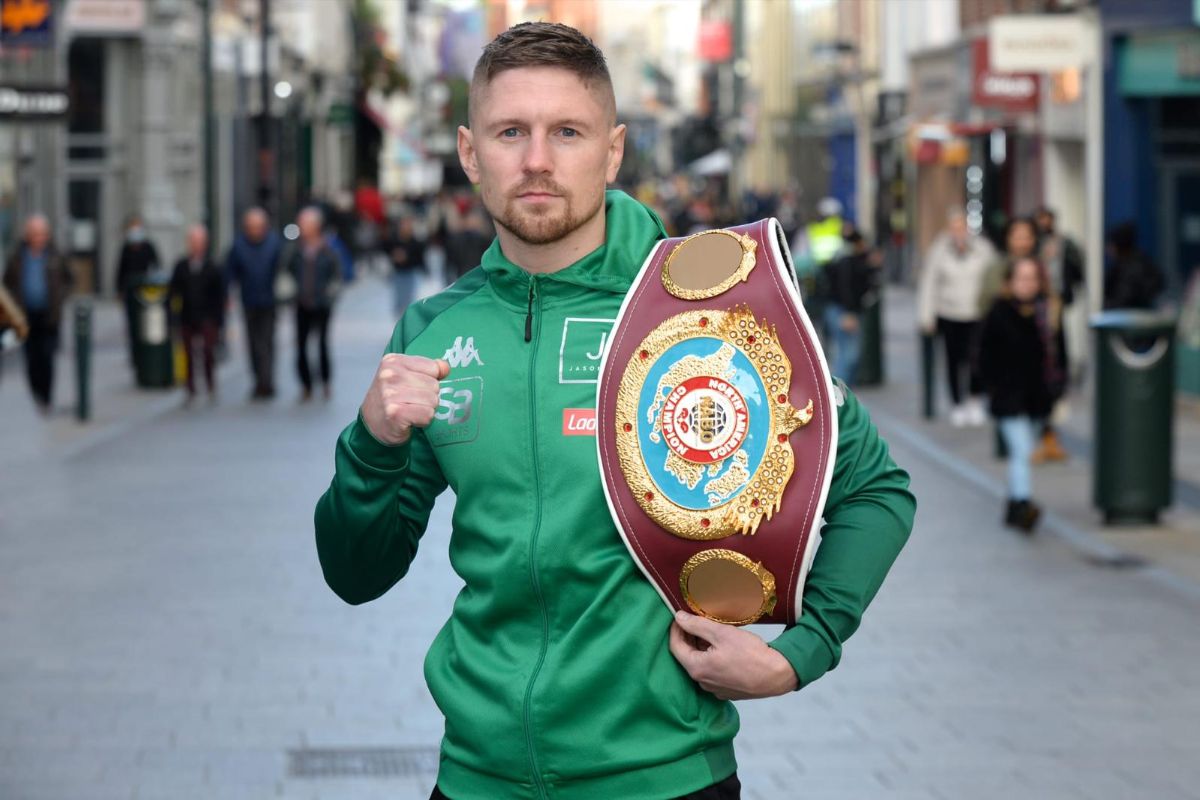 QUIGLEY: I WILL BRING THE BELT BACK TO IRELAND
Irishman confident of taking Andrade’s title in New Hampshire

Jason Quigley believes he is the man to hand a first career defeat to Demetrius Andrade when he challenges for the WBO World Middleweight title on Friday November 19 at the SNHU Arena in Manchester, New Hampshire, live worldwide on DAZN.

Quigley (19-1 14 KOs) heads to England at the weekend to continue his camp with former World ruler and trainer Andy Lee before leaving for the East Coast as the clock ticks down to his first World title fight.

The Irishman will be the fifth man to try to take the belt from Andrade (30-0 18 KOs) and the second from the Emerald Isle after Luke Keeler’s attempt in January 2020. Quigley believes the timing is just right for him to take the belt once owned by his trainer back home to Ireland, and says his fans will turn out in force in the States to roar him to victory.

“He needs fights, and the big guns are avoiding him,” said Quigley. “I’ll happily step in and bring that title back to Ireland.

“I’m at the perfect stage in my life and my career to deal with this situation. I’m not the young kid now living for the whole excitement of fighting for a world title

“This is just another fight and I training my absolute ass off in the gym to get that W. To win will mean so much in this fight than in any other fight.

“I know that I can bring stuff to the table that is going to upset him, make him see things that he’s not always seen inside the ring.

“I honestly believe the Irish fans will outweigh his fans come fight night 100 per cent.”

Quigley’s clash with Andrade is one of four world title fights on a massive night in New Hampshire.

Murodjon Akhmadaliev (9-0 7 KOs) defends his IBF and WBA World Super Bantamweight titles against Ronny Rios (33-3 16 KOs) it’s Mexico vs. Puerto Rico in the long-awaited showdown between WBC World Flyweight champion Julio Cesar Martinez (18-1 14 KOs) and McWilliams Arroyo (21-4 16 KOs) and the fourth World title bout on the bill is the second step on the path to crowing an undisputed women’s champion at 140lbs as Kali Reis (18-7-1 5 KOs) takes on Jessica Camara (8-2) for the WBA, IBO and vacant WBO straps.