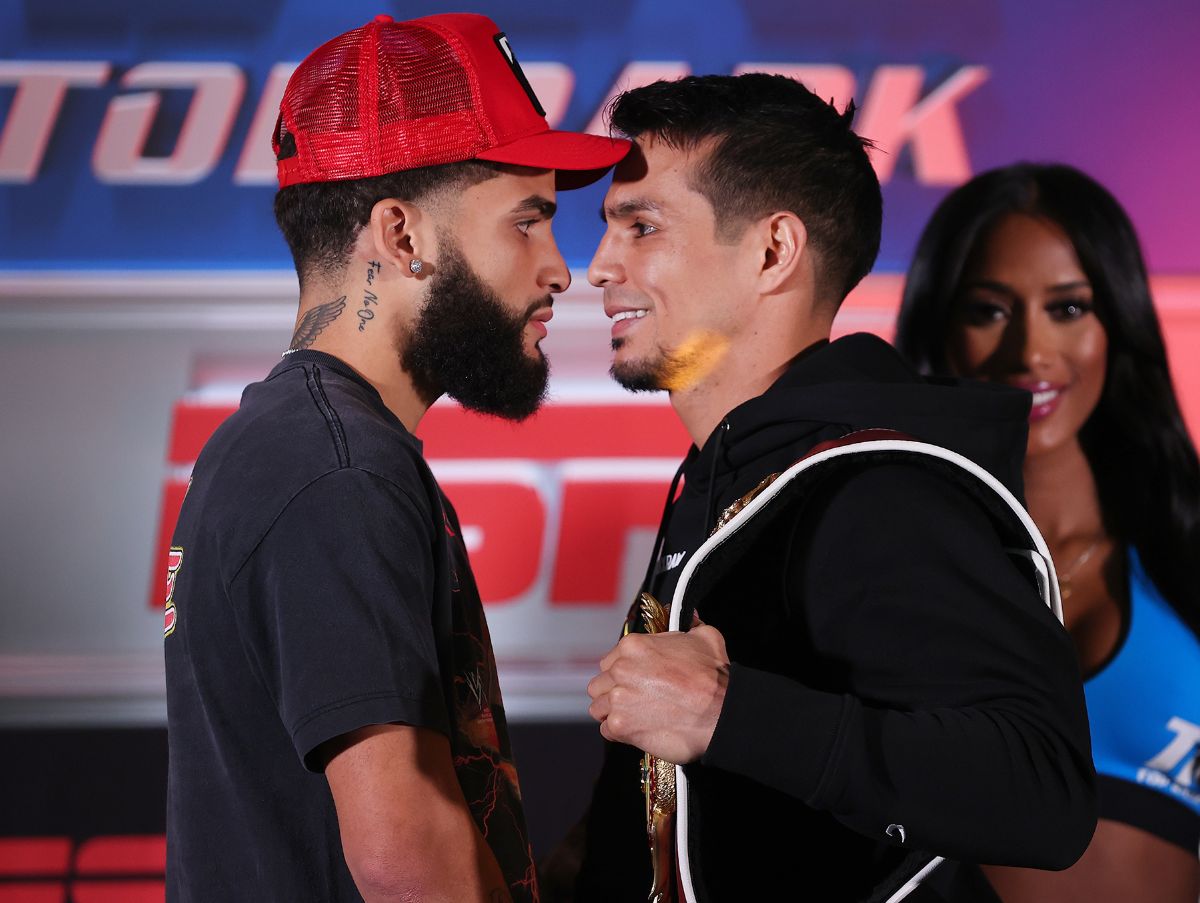 NEW YORK (Oct. 28, 2021)— Josue “The Prodigy” Vargas earned his nickname fighting as an amateur growing up in The Bronx. The Puerto Rican-born junior welterweight contender now has the opportunity to notch a career-defining win roughly 10 miles from where he was raised.

Vargas (19-1, 9 KOs) will take on two-time world title challenger Jose “Chon” Zepeda (34-2, 26 KOs) in an ESPN+ 10-round main event Saturday at Hulu Theater at Madison Square Garden. The winner of this crossroads battle will be in line for a world title opportunity. Vargas has won 13 straight since a controversial disqualification defeat, while Zepeda is one year removed from his Fight of the Year knockout victory over Ivan Baranchyk. Zepeda last fought in May, winning a decision over “Hammerin” Hank Lundy.

Promoted by Top Rank, tickets starting at $30 are on sale now and can be purchased by visiting Ticketmaster.com or MSG.com.

At Thursday’s final press conference, this is what the combatants had to say.

“He’s a young fighter. He’s a very energetic fighter, but I’ve been there. I have a lot of experience with rated number one and two fighters in the world. Wherever he takes it, I’m going to take it. I already proved I could go as hard as it gets.”

“He’s a young fighter. He still needs a lot of experience. He doesn’t know it. His team probably doesn’t know it yet, but Saturday he will get to see that boxing is not a game. You put your life in there, and he hasn’t been with any top 20 fighters. He’s going to realize what he got into this Saturday.”

“You’re going to see the best of ‘Chon’ Zepeda. Like I said, wherever he takes it, that’s where I’m going to take it. I know I can go all out if I need to. I don’t think it’s going to go there. I just think I’m going to outbox him. He believes he is a better boxer. He believes he’s faster. He definitely doesn’t believe he hits harder.”

“He’s number 56 in the world. Why is he saying {I haven’t fought anyone}? Saturday, like I said, he’s going to find out there’s levels to this.”

“I asked for the fight. I hit him up on Instagram a year ago.”

“I’m fighting in my hometown, Madison Square Garden, the main event. I feel ready, very confident. He said I don’t have the experience he has, but hey, I’ve been in the ring {sparring} the best. I can name them. I’ve been in there with Mikey Garcia, Floyd Mayweather, Gervonta Davis, Teofimo Lopez. The list could keep on going.”

“Now that I became a father, I’m fighting for my child now. I’m fighting for more of a reason, and I’m going to give it my all in there. I’m going to perform, I’m going to shine at Madison Square Garden in front of my hometown, and just come out victorious so you can put me in the top five, top 10 at 140 pounds. I deserve this opportunity. I’ve been in this game 14 years, 14 years strong.”

“All I got in my mind is coming out victorious, and I’m confident about that. That’s like 100 percent. That’s the way a fighter has to think. I’m in the sport for a reason, so therefore I give respect to Zepeda for taking the fight because he ain’t have to. He’s ranked {No. 1} by the WBC, so I give props to him because fighting me is a whole different ballgame. The only fighter he’s {fought} with kind of a good style is {Jose} Pedraza. That was it. He’s never faced anyone like me who’s young. I’m 23 years old who has the energy, but not only that, has great footwork.”

“There is a lot of talk that I’ll be the next superstar from the island. We’re working hard for that, alongside Miguel Cotto Promotions and H2 Entertainment. Now that I’m signed with Top Rank, we’re going to make this happen.”

“Every opponent is difficult. Everyone trains to win. I’m ready to go the 10 rounds, but if the knockout comes, I will go home early.”

“It’s motivating for me to know that big names in Puerto Rican boxing like Miguel Cotto and Felix Trinidad and other great champions have performed here. I’m ready to put on a great performance and be the next fighter to come out of Puerto Rico.”

“I’m very excited for this fight. I’m proud to be here again on a Top Rank card. I’ve been here before. This fight Saturday night, I will show my best fight ever. This is going to {be a great fight} between me and Caraballo. May the best man win, and maybe I’ll be the best man.”

“If I beat Caraballo, it would have a big impact on my career. I would be looking for another world title fight.”