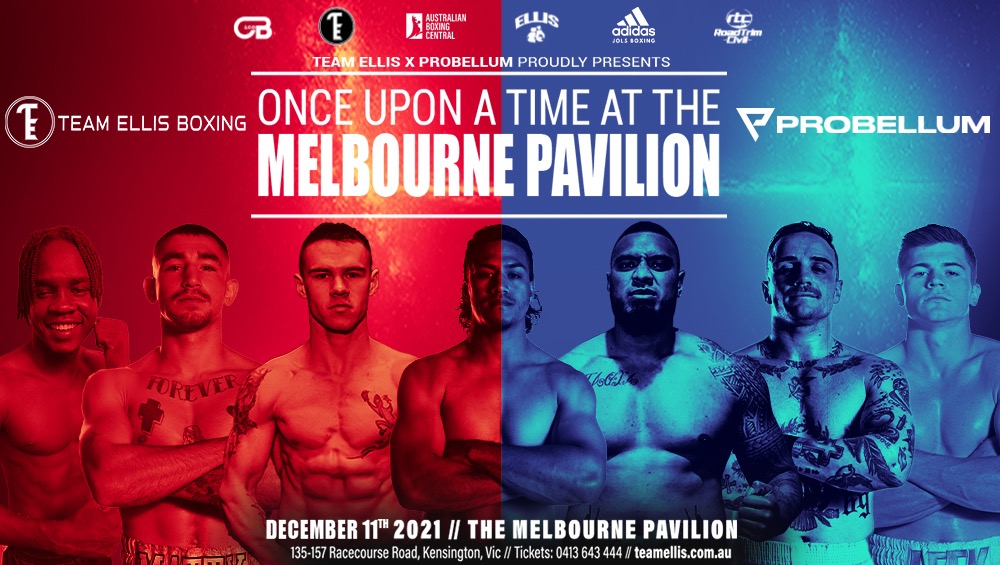 “With this latest Team Ellis extravaganza being postponed 4 times due to COVID-19 Restrictions, our fighters are hungrier than ever and ready to put on a show on December 11th,” said Jake Ellis of Team Ellis Boxing.

“This landmark event for Australian boxing in aligning Team Ellis & Probellum will open us to an unprecedented global audience. We’re excited to be introducing many new fight fans around the world to brand.”

Team Ellis’ very own heavyweight prospect Toese Vousiutu; who suffered a narrow points loss to Britain’s Frazer Clarke at the 2018 Commonwealth Games, is making his return to the ring following a crushing KO victory on professional debut.

5-Time Australian Champion fighter Jason Mallia will look to use all of his 100+ fight experience on entry into the paid ranks. Australian boxing is watching this young man; as Mallia eyes off even greater success in the professional ranks.

Team Ellis staple fighters Ray Dimachki, Vita Pomale, Jesse White, Mitchell Leek & Matthew Avdoulos are key talents to keep an eye out for on the night and all promise to bring boxing back with a bang to close the year!