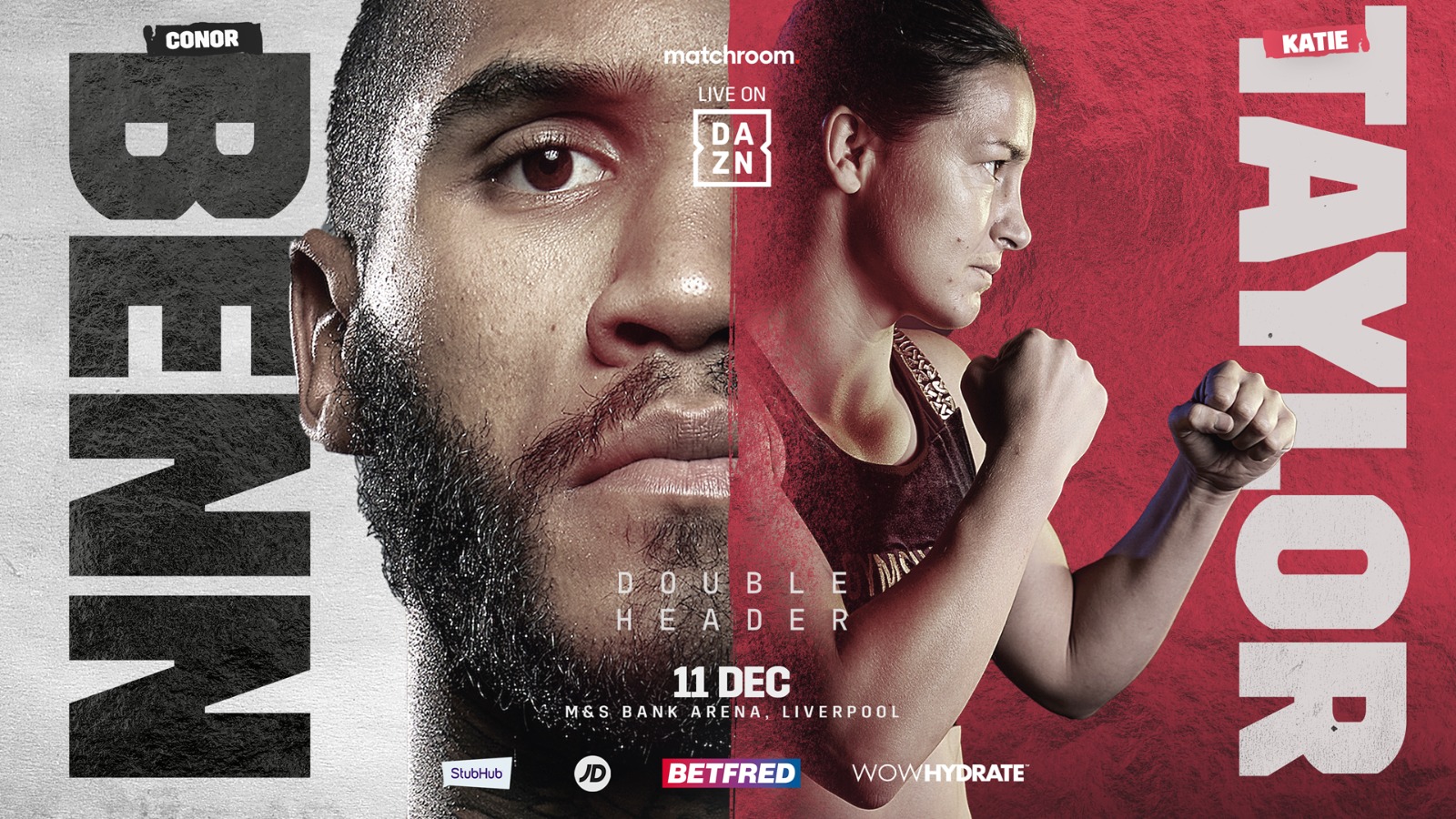 Matchroom Boxing will return to the M&S Bank Arena in Liverpool for another huge night of boxing on Saturday December 11 co-headlined by Welterweight star Conor Benn and Undisputed Lightweight World Champion Katie Taylor, with all of the action shown live worldwide on DAZN.

‘The Destroyer’ (19-0, 12 KOs) maintained his perfect record with a shutout points win over Mexico’s Adrian Granados on the same bill after he was given a deafening welcome by over 20,000 Leeds fans, and the Essex native is looking to end a huge year in style as he pushes towards more titles.

Irish sensation Taylor (19-0, 6 KOs) puts her WBC, WBA, IBF, WBO and Ring Magazine crowns one the line once again after cruising to another successful defence against the USA’s Jennifer Han at Emerald Headingley Stadium in Leeds in September.

“I’m so excited to fight in Liverpool again after fighting at the arena back in 2018,” said Benn. “I was in Liverpool earlier this month for the Liam Smith vs. Anthony Fowler show and the atmosphere was absolutely incredible. I’m expecting another banged out crowd and top atmosphere on December 11 as I look to end 2021 with a bang.”

“I had less than a week at home after my last fight and then it was back to the US to start training again because I wanted to get another fight as soon as possible,” said Taylor. “I’m looking forward to finishing the year on a high in Liverpool with a big performance and another successful defence of my titles.”

“I’m excited to lock in another big show to close out 2021,” said Eddie Hearn, Matchroom Sport Chairman. “We are ready to go with a huge run of 10 events over 8 weeks – a run that will see us close with a Conor and Katie double header on December 11 followed by a huge Parker vs. Chisora II card the week after.

“Conor is fast becoming one of the biggest stars in the sport and Katie will have to pass one more test ahead of the historic Taylor vs. Serrano clash that we expect to see in the Spring. Full December 11 and December 18 cards will be announced this coming week and we can’t wait to bring to more stacked shows to the U.K. live on DAZN.”

“DAZN and Matchroom continue to put together an unparalleled fall boxing schedule for DAZN subscribers to enjoy worldwide,” said Ed Breeze, EVP Rights at DAZN. “With the addition of Connor Benn and Katie Taylor co-headlining a brilliant night of boxing in Liverpool on December 11, DAZN will be seeing out the year in style with six back-to-back weekends of unmissable action featuring some of the biggest names in the sport.”