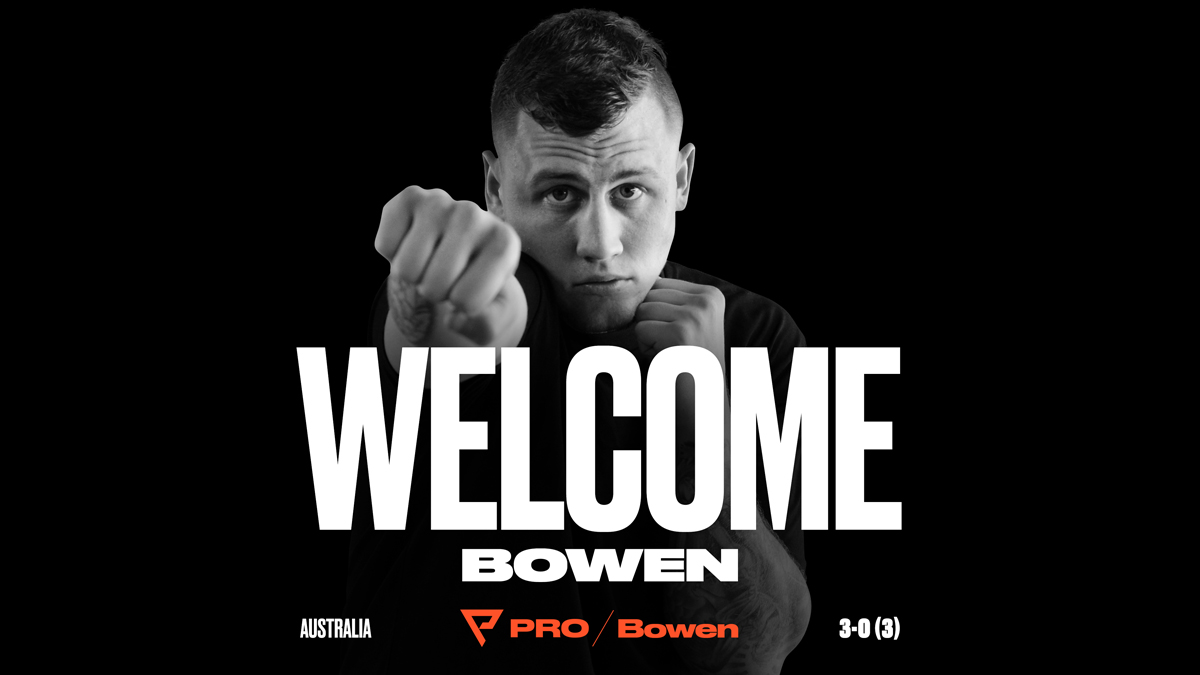 Unbeaten Bowen (3-0, 3 knockouts) has made the perfect start to his professional career, winning all three of his fights since his debut back in February 2020.

His massive power has been evident in each fight, with the 25-year-old winning them all inside the distance, the most recent of which coming in June when he knocked out experienced Sivan Hermez in the very first round.

Bowen had an illustrious amateur career too, representing his country at the World Championships, whilst also winning the Australian title, the Arafura Games, five state crowns, an Australasian Golden Gloves and the Queensland Elite Boxer of the Year award.

“I am excited to be a part of the Probellum stable amongst elite international talent,” said Bowen. “Probellum’s vision for boxing all over the globe has me excited to bring big fights to Australian shores.”

“Jack Bowen has already shown massive potential in his career so far, and we’re excited that he’ll now be continuing that journey with Probellum,” said Richard Schaefer, President of Probellum.

“Australia is a key market for us, as we’ve seen with the co-promotional agreement with Team Ellis Boxing, and the signing of Jason Mallia, so having Jack Bowen on board is a fantastic move for all involved. We can’t wait to see how it all unfolds.”

News on when Bowen will have his first bout as a Probellum fighter will be announced in the near future.