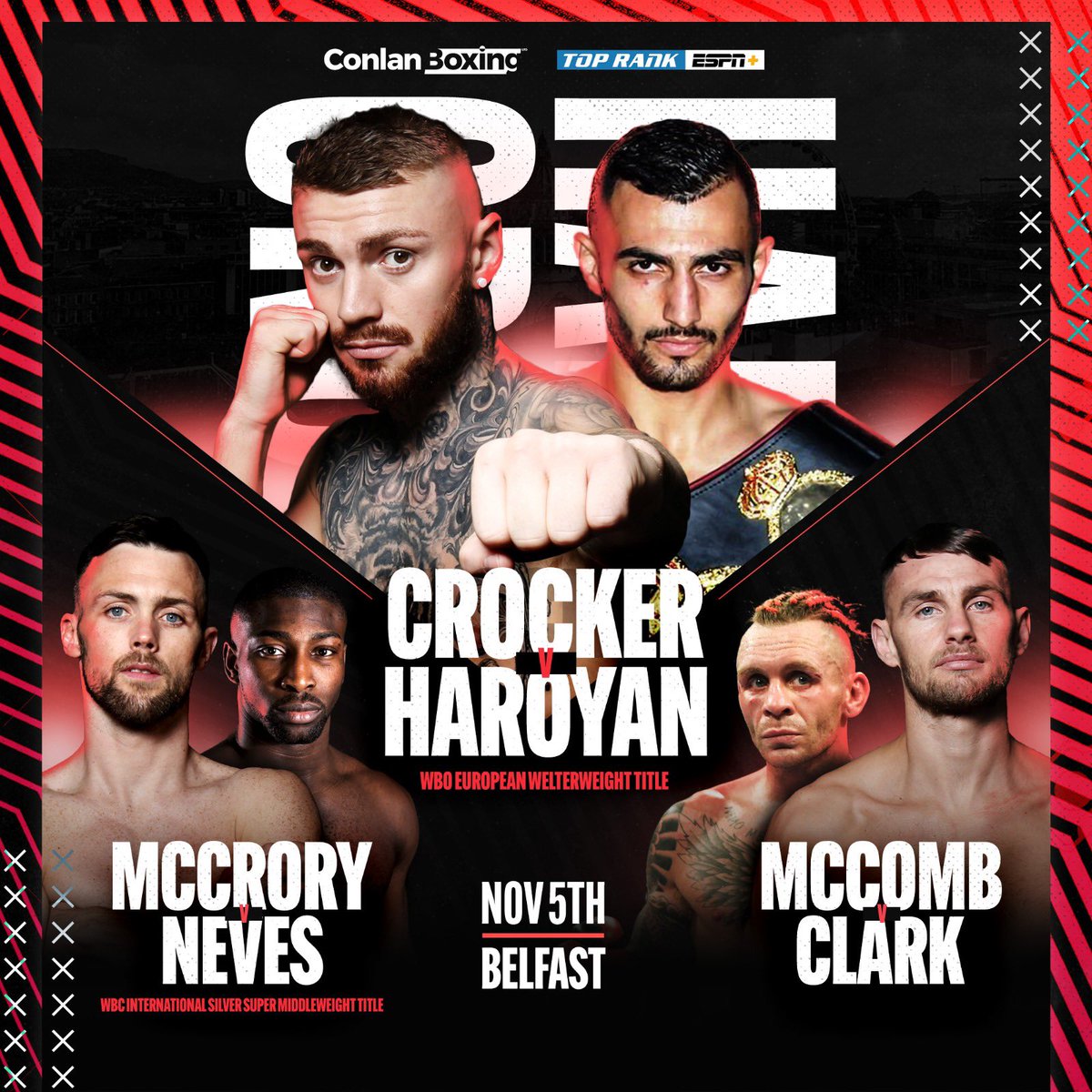 (Nov. 3, 2021) — Lewis “The Croc” Crocker, Belfast born and raised, will have a golden opportunity to shine in front of the home fans. Crocker will defend his WBO European welterweight belt in the 10-round main event against Artem Haroyan this Friday, Nov. 5 from Ulster Hall in Belfast.

Promoted by Conlan Boxing, Crocker-Haroyan headlines a bill that will stream live and exclusively in the United States on ESPN+ at 2 p.m. ET/11 a.m. PT.

Crocker (13-0, 7 KOs), 24, graduated from prospect to contender last year, knocking out Louis Greene in seven rounds in August 2020 to win the vacant WBO European welterweight strap. He defended that belt in March with a convincing 10-round decision over German stalwart Deniz Ilbay. Haroyan (17-2-1, 9 KOs), from Ashtarak, Armenia, is unbeaten in his last four fights and looking to score the major upset. A former WBA Continental lightweight belt-holder, he is undefeated as a welterweight.