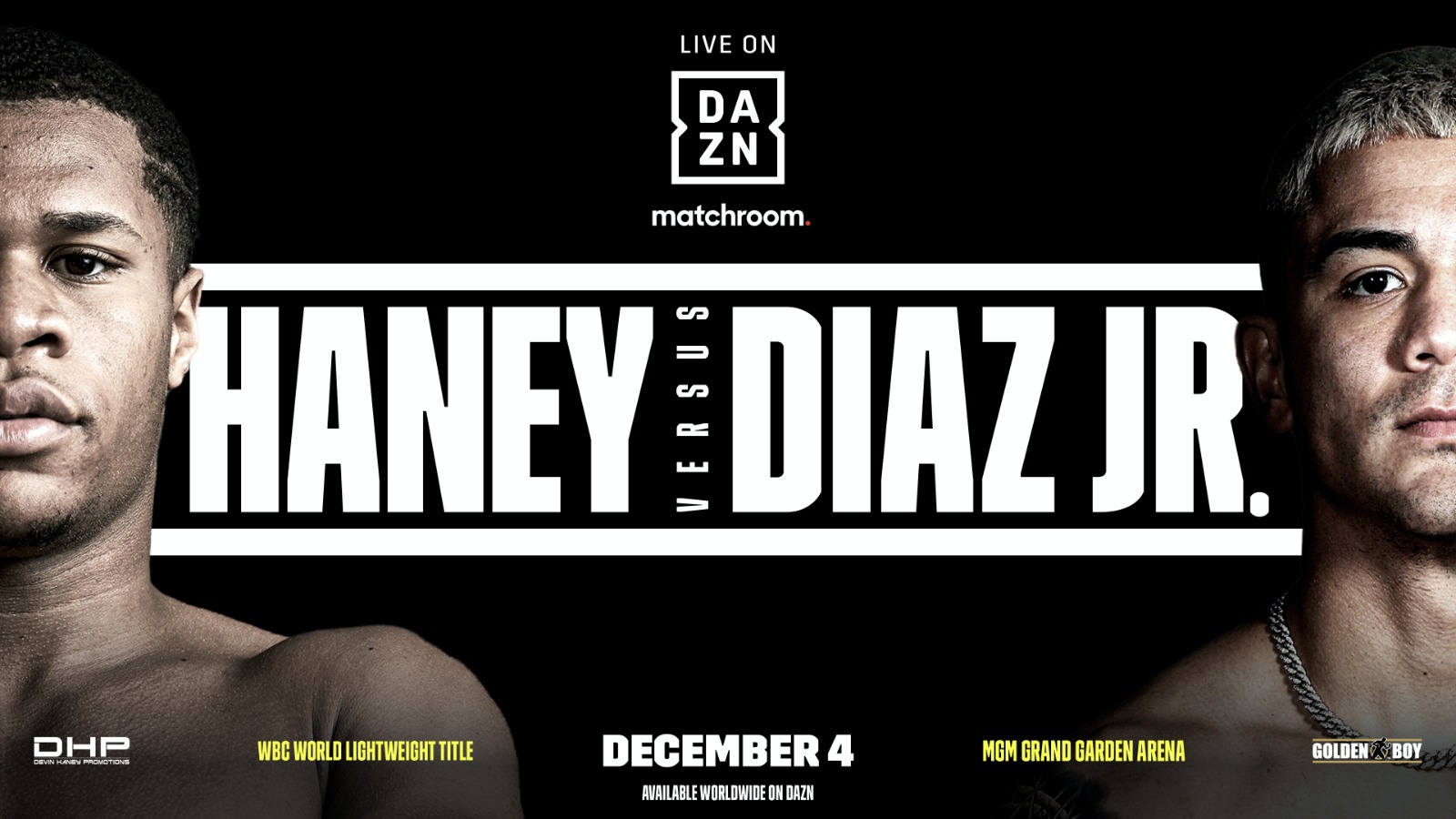 Tickets starting at $58 (plus fees) go on sale Friday, November 5 at 10 a.m. PT and can be purchased by visiting AXS.com

Unbeaten superstar Haney (26-0 15 KOs) puts his crown on the line for the fourth time and the second in a row in his Las Vegas backyard, having seen off the challenge of former three weight World ruler Jorge ‘El Niño Del Oro’ Linares in a thrilling clash in May at Mandalay Bay. ‘The Dream’ now returns to the Vegas strip for what promises to be a barnburner as his rivalry with Diaz, Jr. hits boiling point.

Diaz (32-1-1 15 KOs) claimed the WBC Interim World Lightweight title on his debut at 135lbs, beating former World champion Javier Fortuna in one of the best performances of his 34-fight career. The 28 year old delivered on his promise to excite at Lightweight with that win and also chase the big names in the division. He now gets the chance to become a two-weight World champion having ripped the IBF Super-Featherweight title from Tevin Farmer in Miami in January 2020.

“I was born to be great, so these are the moments I get up for,” said Haney. “I learned a lot from my last fight it made me a more dangerous fighter. You guys can expect a ton of excitement and explosion in this fight!”

“I’m always daring to be great, that’s what I want to be known for during my career: taking on the toughest challenges,” said Diaz, Jr. “I know I will rise to the occasion and showcase to the world the kind of fighter I am on December 4. I am going to give Haney the ass whooping he deserves.”

“This is going to be a thrilling fight in what is the most exciting weight class in the sport right now,” said promoter Eddie Hearn. “Devin has been crying out for big fights and on the back of a real test in Linares, he faces another massive fight in the form of the feisty Diaz, Jr.

“There’s no love lost between the pair and that tension is going to rise in the build-up, and with Teofimo Lopez and George Kambosos Jr meeting in New York on DAZN the weekend before, we have a schedule of must-watch action as these stellar Lightweight talents aim to prove they are the king of the division.”

“Joseph ‘JoJo’ Diaz, Jr. is a World class fighter who I know will dominate the action on December 4,” said Oscar De La Hoya, Chairman and CEO of Golden Boy.  “He is aggressive, he is smart, and knows when to overwhelm or outbox his opponent. His fighting style is at another level and when he faces Haney, fans will see how quickly JoJo will outclass him in the ring. I have full confidence in JoJo, and I am looking forward to calling him a two-division World champion.”

“Another day, another massive Lightweight clash for fans to enjoy before the end of the year,” said Ed Breeze, EVP Rights at DAZN. “At only 22 years of age, Devin Haney defends his WBC title for an impressive third time, against another dangerous opponent and current WBC Interim Lightweight champion JoJo Diaz, Jr. The Lightweight division keeps on delivering and the eyes of the boxing world will be on Las Vegas when Haney and Diaz, Jr. go ALL in. Do not miss this fight, December 4, live and exclusive worldwide on DAZN.”

Information on the undercard will be released soon.