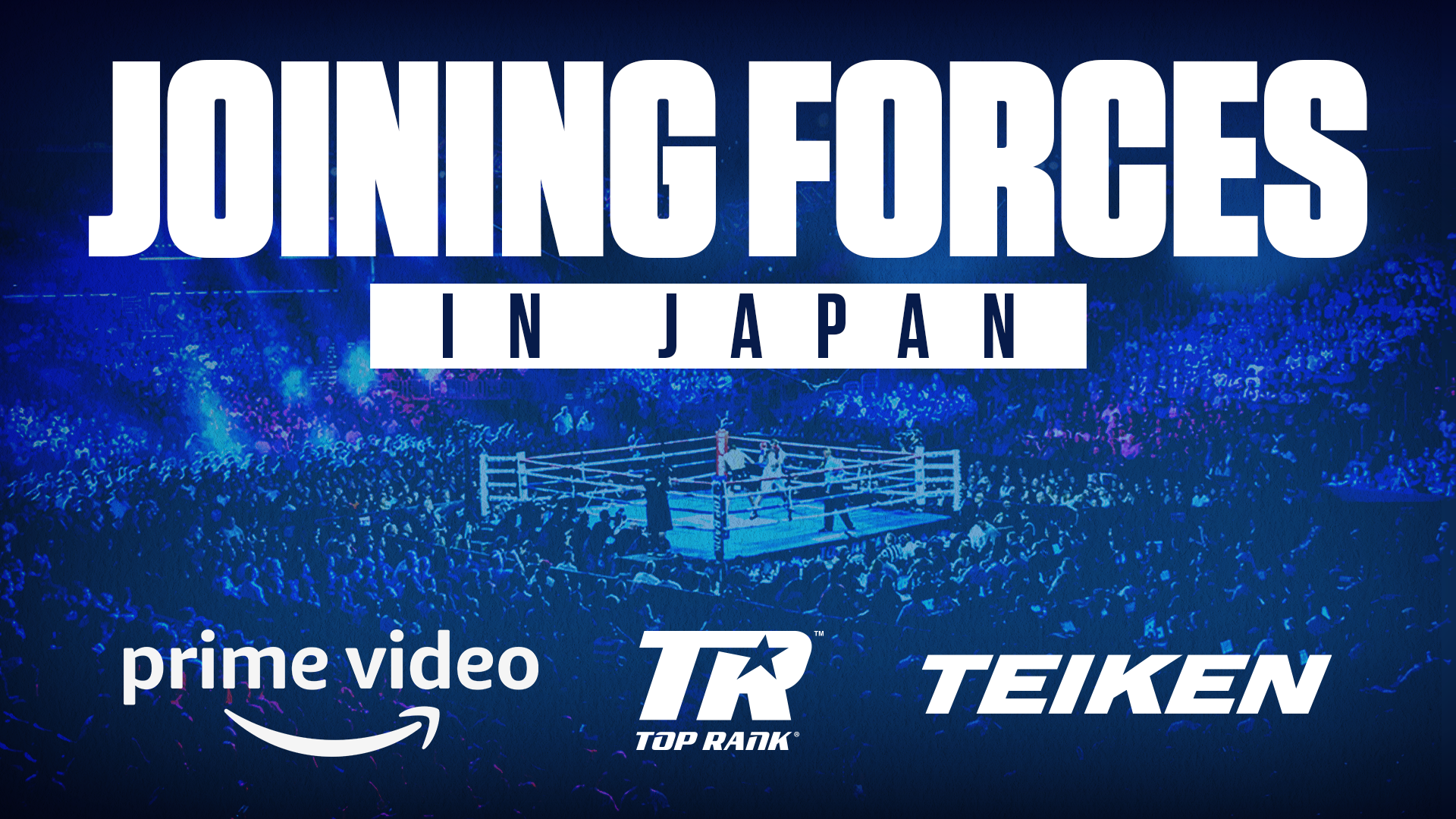 Murata-Golovkin, which will take place at Saitama Super Arena in Japan, is one of the most highly anticipated boxing events to take place on Japanese soil. Murata (16-2, 13 KOs), from Tokyo, became a sporting icon in his home nation after winning a gold medal at the 2012 London Olympics. He is a two-time middleweight world champion who last defended his WBA title with a fifth-round TKO over Steven Butler in December 2019. Golovkin (41-1-1, 36 KOs) is a future Hall of Famer who has made a record 21 middleweight title defenses over two reigns. He is coming off last December’s fifth-round knockout of Polish contender Kamil Szeremeta.

“Over the last few years, Prime Video has become the go-to destination for world-class entertainment in Japan,” said Takashi Kodama, country director, Prime Video Japan. “We are thrilled to now add live sports to our content selection. Prime members in Japan will be able to enjoy the fight of the year between our national hero Ryōta Murata and Gennadiy Golovkin on Prime Video at no additional cost to their Prime membership. We are happy to make this collaboration with Top Rank and Teiken Promotions for our first live sport offering in Japan.”

“For decades, boxing has been one of the premier sports in Japan,” said Top Rank President Todd duBoef. “It is a pleasure partnering with Teiken Promotions to bring the biggest stars to launch live boxing programming on Amazon Prime Video in Japan.”

Additional Prime Video Presents Live Boxing events will stream live on Prime Video Japan in 2022. Fights, locations, and additional details about the forthcoming fight cards will be announced in due course.

Known for creating strategic collaborations between athletes, sponsors, and television networks, Top Rank has been an architect of boxing’s global growth by staging high-profile events in landmark settings around the world, including Madison Square Garden, MGM Grand Garden Arena, Wembley Arena, Yankee Stadium, Radio City Music Hall, and AT&T Stadium. Top Rank has also been the leader within the boxing industry in creating unforgettable in-arena experiences for fans and embracing 21st century technological advancements to distribute world-class fights and shoulder programming across a variety of platforms.

Prime Video offers customers a vast collection of movies, series, and anime—all available to watch on hundreds of compatible devices.

·         Watch more with Prime Video Channels: Prime members can add 50 channels such as d Anime Store for Prime Video, NHK on demand, Korean Drama & Entertainment channel K, GOLF TV and more—no cable required. Only pay for the ones you want and cancel anytime. View the full list of channels available at amazon.co.jp/channels

·         Rent or Buy: Enjoy new-release movies and TV shows, available for all Amazon customers to rent or buy.

·         Instant access: Watch at home or on the go with your choice of hundreds of compatible devices. Stream from the web or using the Prime Video app on your smartphone, tablet, set-top box, game console, or select smart TV. For a complete list of compatible devices, visit amazon.co.jp/gp/video/getstarted/.

·         Enhanced experiences: Make the most of every viewing with 4K Ultra HD- and High Dynamic Range (HDR)-compatible content. With the X-Ray function linked to IMDb (Internet Movie Database) and able to introduce major keywords in the film, such as characters and geographical names, along with supplementary information, go behind the scenes of your favorite movies and TV shows. Save it for later with select mobile downloads for offline viewing.