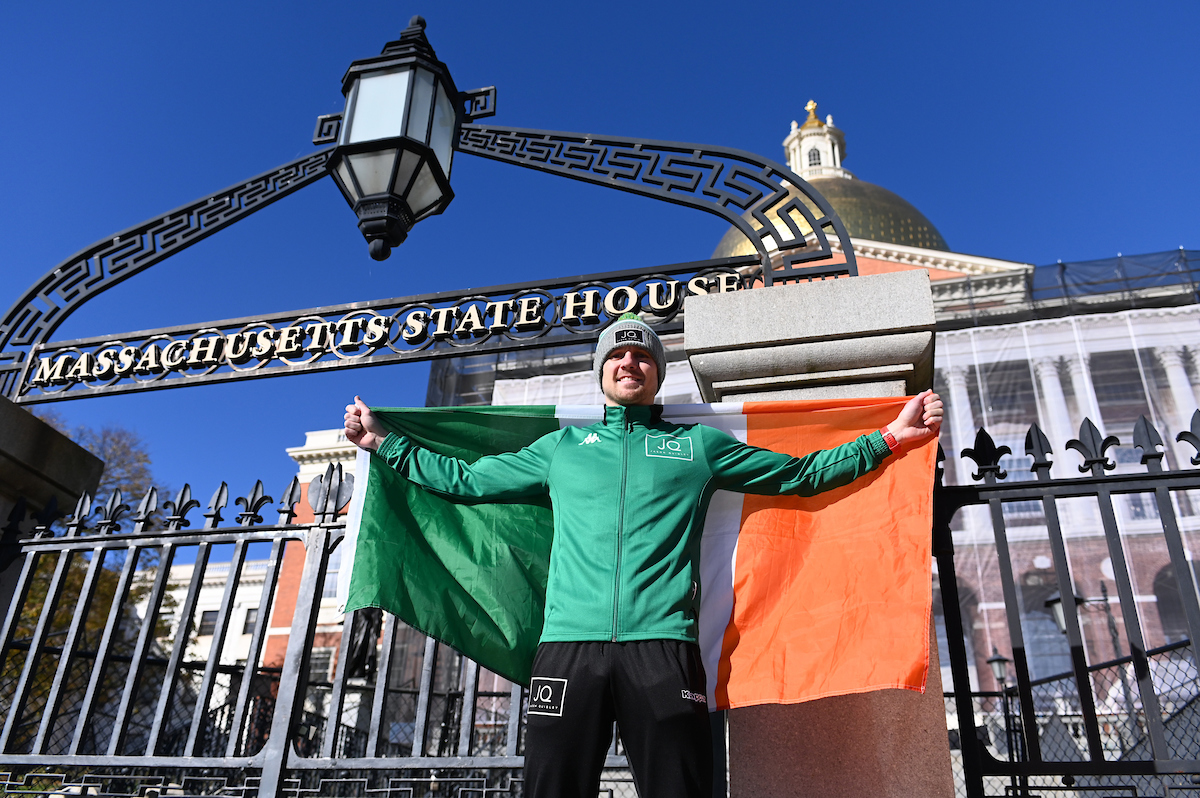 Jason Quigley believes he’ll have the crowd on his side as he expects his Irish fans to roar him to victory when he challenges Demetrius Andrade for the WBO World Middleweight title at the SNHU Arena in Manchester, New Hampshire on Friday November 19, live worldwide on DAZN.

Quigley (19-1 14 KOs) is the second Irishman to try to take the crown from Andrade (30-0 18 KOs) after Luke Keeler was stopped in the ninth round of his attempt in Miami in January 2020, and now the 30 year old tries to work out the Rhode Island puzzle that no pro has been able to solve so far against the two weight champion.

The Donegal man landed in Boston over the weekend before making the short drive up to Manchester for the biggest night of his career, and legions of Irish fight fans are expected to make that trip along with fans from New York and Ireland itself, and that’s the kind of backing Quigley believes can get him over the line on the night – but he’s staying calm and treating it like every other fight he’s had.

“It’s going to be very exciting,” said Quigley. “There’s nothing like the Irish fans and I cannot really imagine what it’s going to be like come fight night. We all know how loud and proud they are and that’s giving me more excitement, and these are the types of things as well that can get fighters through a difficult period of a fight.

“When you are in the ring and you are hurt, you go down, something is not going to plan – when you hear the crowd roaring you on that can give you the extra lift and percentage to get you over the line. Hopefully it won’t come to that, but I know that the support is going to be there and I’m grateful for the fans that have been messaging me and that are coming to the fight.

“In the build-up to the fight it’s about controlling emotions, the nervous energy, you have the natural excitement inside of course, but I have a job to do on November 19, to get in there and take care of business. That’s been the mindset for me, I have prepared as hard for this fight as any other that I’ve had.

“Of course, there’s more on the line than before, but it has to be business as usual. I have thoughts and visions of winning the belt and I am glad, because that shows that I have the self-belief that I can win this fight.”