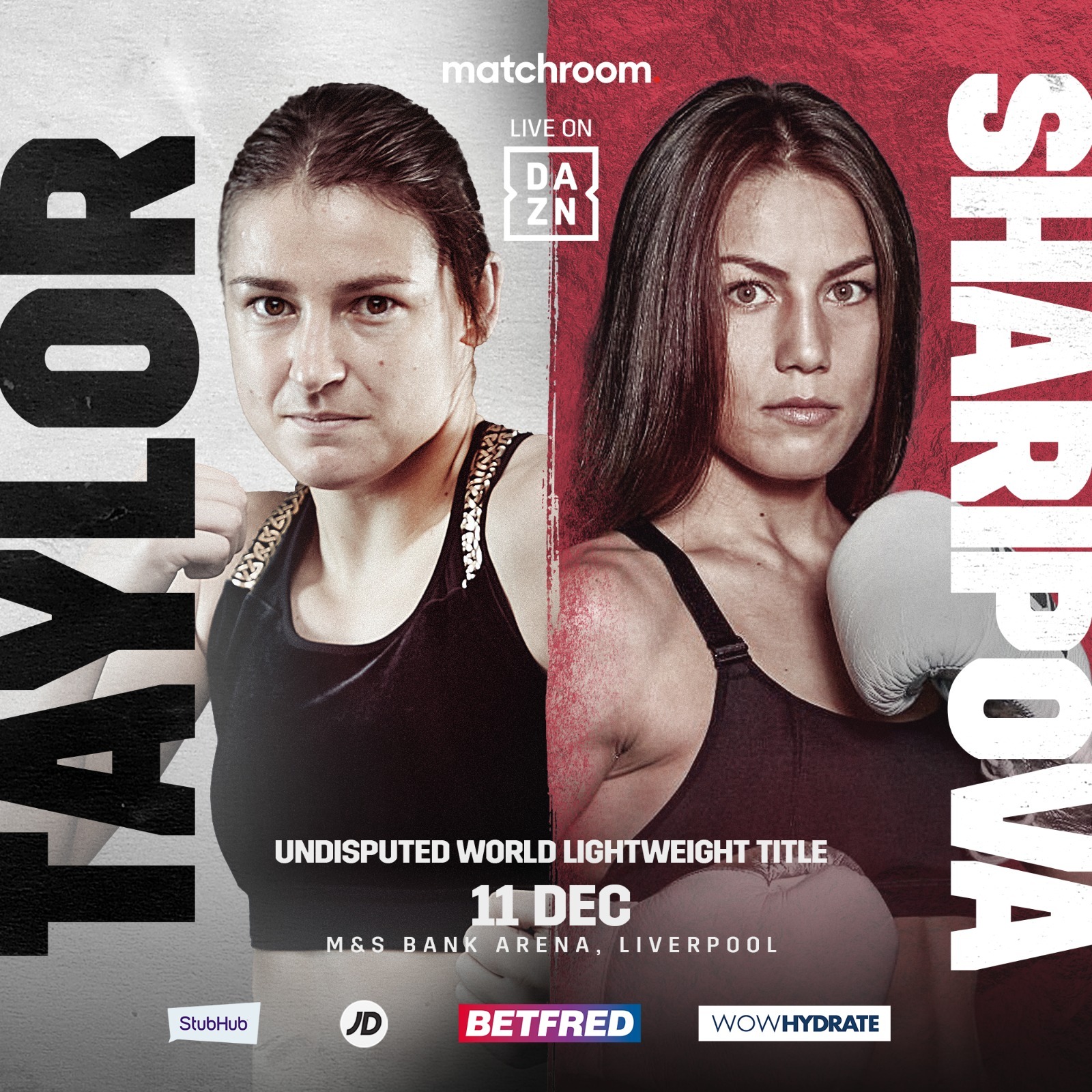 Irish sensation Taylor (19-0, 6 KOs) is within touching distance of a huge showdown with Amanda Serrano in 2022 but must overcome a final hurdle in the shape of Kazakhstan’s Sharipova after cruising to another successful defense of her titles against the USA’s Jennifer Han at Emerald Headingley Stadium in Leeds.

Sharipova (14-1, 8 KOs) has picked up titles at Super-Featherweight, Lightweight and Super-Lightweight since joining the professional ranks in May 2016, and the 27-year-old from Taraz is ranked at No.1 in the world at Lightweight by the WBA having remained undefeated since a shock four-round points loss on her debut.

France’s Guerfi became a two-weight European Champion by outpointing Andoni Gago in Marbella, Spain earlier this year to land the 126lbs strap. The 34-year-old from Manosque previously held the EBU Bantamweight Title before losing it to undefeated Scottish talent Lee McGregor at the Bolton Whites Hotel in March.

“I’m looking forward to ending the year on a high with another defence of my titles,” said Taylor. “I know there are some huge fights out there for me in 2022 but for now my sole focus is on December 11 and this mandatory defence against Sharipova.”

General Sale tickets can be purchased via StubHub (www.stubhub.co.uk)