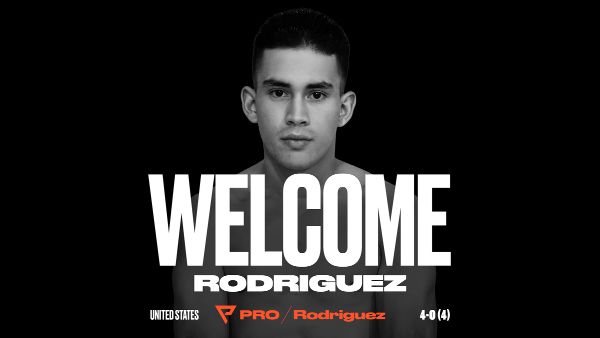 Rodriguez (4-0, 4 knockouts) has looked tremendous since making his professional debut earlier this year, with the 19-year-old featherweight winning all four of his fights by stoppage.

The latest of those wins came in October when he stopped Edgar Daniel Ahumada in the fifth round, while he has also picked up knockout wins over Pedro Raul Avila, Jesus Jovanni Ruiz Gutierrez and Adan Caro Gutierrez.

Rodriguez has ties in both America and Mexico, meaning the possibilities are endless for the talented youngster, with Probellum now on hand to guide his career and help him reach the very top.

“I’m excited to be part of the Probellum Family,” said Rodriguez. “I’m young but I’m more than ready to show the world what I’m capable of.”

“We’re extremely pleased to sign such a promising young fighter in Francisco Rodriguez,” said Richard Schaefer, President of Probellum. “At just 19-years-old, his whole career is ahead of him, and we’re looking forward to putting him on the path to huge success.”