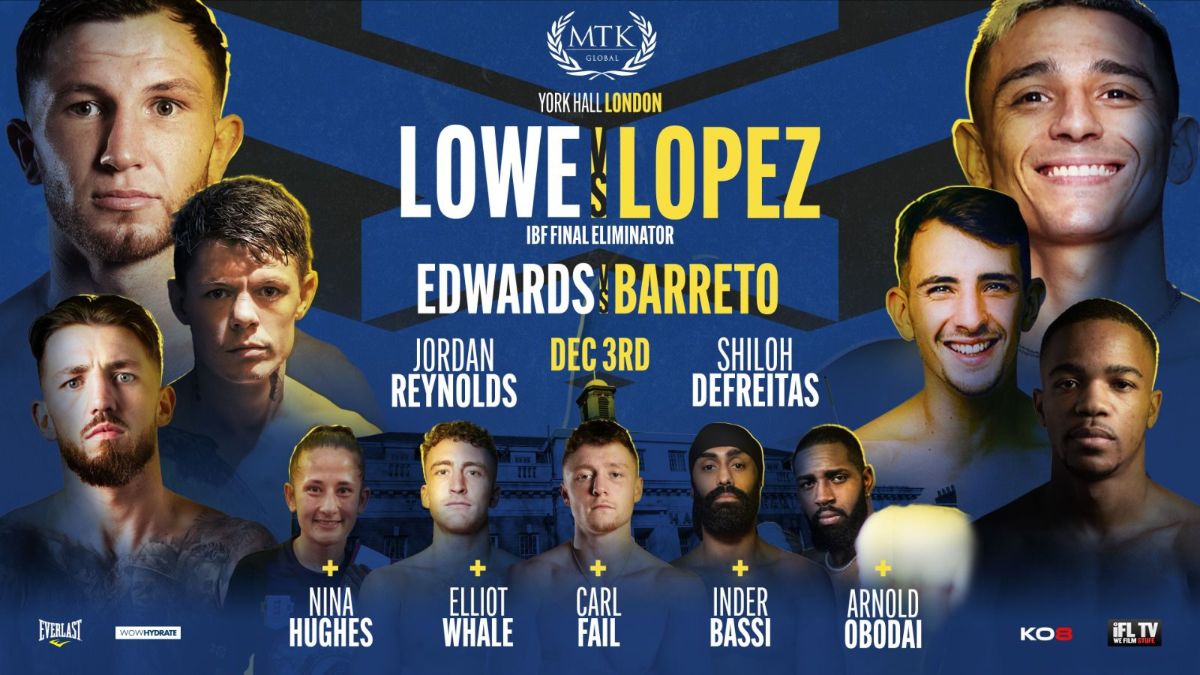 Lopez-Lowe and supporting bouts will stream live and exclusively in the United States on ESPN+ at 2 p.m. ET/11 a.m. PT.

Lopez (23-2, 11 KOs), the IBF No. 5 contender from Mexicali, Mexico, is riding a six-bout winning streak since a 2019 loss to Ruben Villa. He edged Andy Vences by split decision in a 2020 Fight of the Year contender, then started his 2021 campaign in Mexico with a first-round knockout. He entered the Flores fight — Sept. 10 in Tucson, Arizona — as a sizable underdog. In a relentless show of pressure fighting, Flores somehow survived the 10-round onslaught, and Lopez earned the one-sided decision.

Lowe (21-0-3, 6 KOs), the IBF No. 8 contender, is a close friend and a training partner of heavyweight champion Tyson Fury. A former English and Commonwealth featherweight champion, Lowe has won seven consecutive bouts, including a one-sided decision over Alberto Guevara in February 2020 on the Fury-Deontay Wilder II undercard. He returned in March, notching a six-round decision over Ed Harrison.

In other streaming action from London: