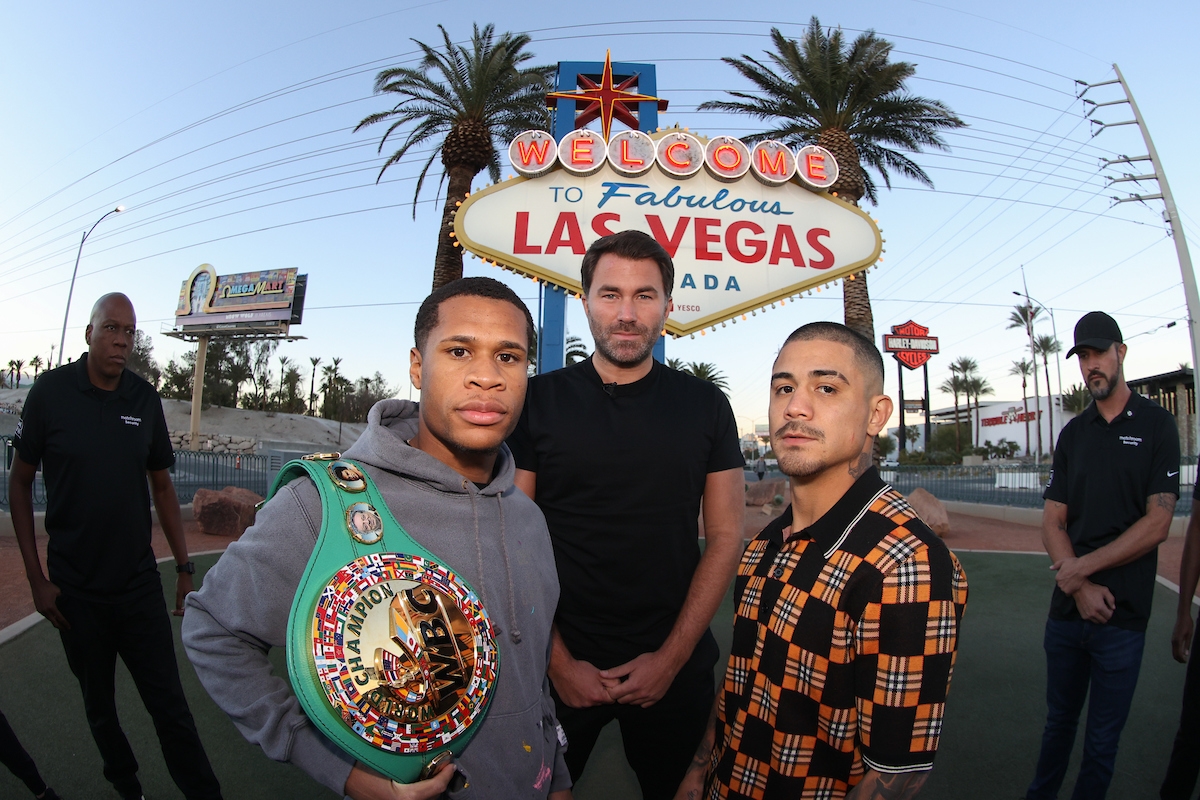 HANEY: FIGHTING AT THE MGM GRAND IS A DREAM COME TRUE
WBC Lightweight king faces a stiff test on the strip against Joseph ‘JoJo’ Diaz, Jr.

Tickets starting at $58 (plus fees) go are on sale NOW!

Haney (26-0 15 KOs) puts his title on the line for the fourth time and is in back-to-back fight in his Las Vegas hometown for the first time since stepping through the ropes in Sin City for the fifth and sixth times as a pro in 2016.

‘The Dream’s’ fifth paid night in the ring was in the MGM Grand Garden Arena on the undercard of Manny Pacquiao’s clash with Timothy Bradley in April, but now he’s the star attraction at the famed boxing mecca.

Diaz, Jr. (32-1-1 15 KOs) is out to dash Haney’s plans to be the new main attraction of the Las Vegas boxing scene, but while Haney acknowledges that this promises to be the hardest fight of his career to date, he also promises to dazzle under the bright lights.

“This is a dream come true to be living in Las Vegas and headlining the MGM Grand,” said Haney. “I never thought that it would come this fast, but it’s here and now it’s time for me to really perform at this great arena and show that I am here to stay.

“It’s going to be great to be back in front of fans in full force, there might not be anywhere better than the MGM Grand for a big fight, I’m so excited for this. I know what I am up against, and I am ready for it and the fans should be too.

“JoJo is a good fighter, he’s going to come to fight, we know that. He’s going to bring his best, I’m bringing mine. So, the best man will win – and that will be me. You can talk about size and heart, but I just feel that I am a better fighter than him and skills pay the bills.

“When fighters want to fight, it gets done. Sometimes the networks and the politics get in the way, but nine times out of ten, you can make any fighter as the fighters have the power.

“Everybody says ‘I’m gonna bang Devin out’. I’ve been seeing that my whole life. Did I get this far by letting people rough me up or bang me out? Come on. I can do everything, so you can do whatever you want, it’s not going to work. I don’t know how you beat me; I can’t tell you.”